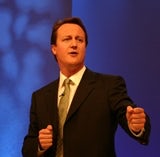 It acknowledged it hasn’t succeeded in explaining the Big Society message to the public, which was the theme of last year’s General Election campaign.

It’s now introducing mobile phone donations and will increase its use of social networks to promote volunteering, in a bid to increase awareness of the project’s message.

A white paper will be launched today by Prime Minister David Cameron to encourage charitable donations to join the project, with one of the measures including £1m to support the Youthnet volunteering website.

The move follows the news that the Cabinet Office has appointed Mike Bracken as its new executive director of digital. He was formerly director of digital development at The Guardian. His role will tie together what was previously the DirectGov CEO role with that of the director for digital engagement and transparency.