The “Open Data Institute” (ODI) will help industry “exploit the opportunities” created from opening access to public datasets on transport, weather and health.

In the autumn statement on the economy unveiled today (29 November), the Treasury says it is hoped the ODI will “catalyse new markets and innovative products and services as well as improving standards and transparency in public services.”

The institute, which will be co-directed by Professor Tim Berners-Lee and Professor Nigel Shadbolt, is part of the government’s “Open Data” policy. Other measures taken include The Department for Business, Innovation and Skills backed “midata” initiative that will allow consumers instant digital access to the information collected by brands for marketing purposes.

Announcement of the ODI was one of several initiatives unveiled by the Chancellor in a bid to revive the flagging economy.

Cost cutting measures include a 1% cap on public sector pay rises for two years after the end of current freeze in 2013 and higher than forecast public sector job cuts.

The Chancellor announced a £30bn infrastructure building project and a scheme to boost lending to small firms earlier this week.

The UK economy will grow by 0.9% this year, according to the government’s Office of Budget Responsibility, down from the 1.7% previously predicted. Real household income is likely to fall by 2.3% this year, the OBR adds, said to be the highest annual income drop since 1945.

The gloomy prediction follows the OECD forecast yesterday (28 November) that said UK economic output would fall by 0.1% in the fourth quarter and 0.6% in the first quarter of 2012, plunging the country into a technical recession after two consecutive quarters of negative growth. 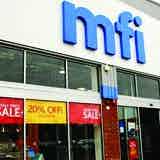 The well known furniture retailing brand MFI is being revived online three years after it crashed into administration but can it follow in the footsteps of other former high street chains that have been reborn successfully online? It was one of the first retail victims of the recession and left a sizeable hole in the […] 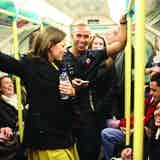 Drinks maker Diageo has taken over from loan firm Wonga.com to sponsor free travel on London’s transport network on New Year’s Eve for the next three years. 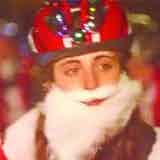 McDonald’s is launching a Christmas ad campaign to promote its festive menu items such as sweet festive pies and the Festive Deluxe burger.