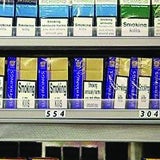 Health Secretary Andrew Lansley is considering the switch to a standard colour to try and make cigarettes less attractive to young people.

In addition, the Government plans to ask retailers to cover displays of cigarettes.

Lansley says: “We have to try new approaches and take decisions to benefit the population. That’s why I want to look at the idea of plain packaging. The evidence is clear that packaging helps to recruit smokers, so it makes sense to consider having less attractive packaging.”

Such a move is likely to prompt a challenge from the tobacco industry.

Brand logos and packaging are the last marketing avenues available to cigarette brands following the blanket ban on cigarette advertising in 2003.

Anti-smoking bodies, however, welcomed the potential switch to plain packaging with Action on Smoking and Health (Ash) calling on Lansley to set a date for the packaging change immediately.

A move to ban brand names, logos and graphics from cigarette packaging is not unprecedented. Australia is planning to introduce plain packaging by 2012.

Any move by the Government reignites plans originally unveiled by the previous Labour administration in February, and since challenged by the tobacco industry.