The Government Communications Service, the cross Whitehall department setup in January to manage Government campaign development and spending, says £289m has been set aside for the year to 31 March 2015, up 21.9 per cent on the £236.9m spent in the previous financial year.

Announcing its marketing plans for coming year, the Government was keen to stress that despite the increase in planned spend, the tight controls over spending would continue.

The plan points out at the “low and no cost”, predominately digital activity will continue to be its priority, while efforts to evaluate campaigns would be stepped up.

Mandatory evaluation of all departmental marcomms activity was introduced in January. The plan details the return on investment from campaigns such as the cross departmental “GREAT” campaign, which it is claimed generated £500m incremental income for the treasury.

New programmes to improve the capability of Government marketers will be introduced including introducing mandatory skills in digital communication and communications evaluation.

Minister for the Cabinet Office Francis Maude says: “We are reforming Government communications to ensure our civil servants have the skills required for tomorrow’s world and that their work is effective, delivering best value for hard-working taxpayers.

“Before the last General Election there was no central control on spend on advertising, marketing and communications. We introduced controls which helped save £378m in 2012/13 alone”.

The Government’s dementia campaign kicked-off last week with a £3m push to increase understanding of the condition. 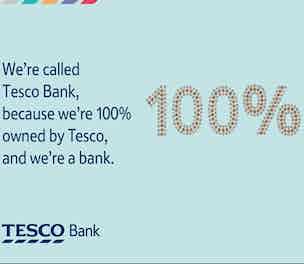 Tesco Bank has revamped its identity to introduce a new colour palate that uses the colour of coins and bank notes as it prepares to run its first in-store marketing campaign ahead of the launch of its current account later this summer.