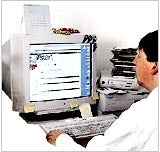 IT workers are to get a Government-sponsored makeover in an attempt to rid the profession of its “nerdy” image.

The revamping programme, which is likely to include a major above-the-line advertising campaign, is in response to a growing recruitment crisis in the IT industry.

According to industry estimates, some industry sectors, such as automotive engineering and telecoms, can only fill 50 per cent of IT vacancies as graduates flock to more glamorous professions.

IT is poised to follow in the footsteps of teaching, nursing and the armed forces by using advertising and marketing to attract better quality recruits.

The new initiative, which brings together Government representatives and national training organisations in a working party, is being headed by Government “e-envoy” Alex Allan. It will be aimed principally at women and young people.

Working party committee member Mike Sanderson, former marketing director of Wilkinson Sword and chief executive of the Engineering and Marine Training Authority is expected to push for a TV ad campaign to change perceptions of IT engineers as boring and socially inept.

“The recruitment problem is essentially a cultural one. Engineers are a self-effacing breed. We need to sharpen up marketing skills and sell ourselves better,” he says.

The sale of the Millennium Dome, which is being conducted by Government agency English Partnerships, is mired in confusion over who will be responsible for disposing of its contents. The different bodies involved with the Dome have conflicting views on what should happen to its contents – which cost more than &£150m to build – […]

The ECB marketing director should be strung up for selling cricket’s soul. It’s a dignified game that doesn’t require tacky stunts to bail it out.

Vauxhall is launching a Â£7m ad campaign for its new Astra CoupÃ© and the VX220 two-seater roadster, as part of the series starring Griff Rhys-Jones, through Lowe Lintas & Partners.