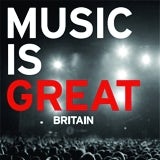 Three “communication hubs” (see box), the first of several made up of marketers from related departments, will seek to better link marketing strategy for campaigns related to government policy and “communications priorities” set centrally.

The recent GREAT campaign, which saw the Department of Culture Media and Sport and Department of Business, Innovation and Skills use Britain’s cultural assets to boost inward investment, was cited as an example of “a number of departments and agencies pooling together resources behind a single identity and set of messages”.

The Government is trying to avoid duplication in communications campaigns, and therefore reduce costs following cuts to the marcomms budget. The changes will also, a Cabinet Office document claims, allow the government to “get a grip of all communications spend and activity at its earliest stage” and “exploit synergies effectively across departmental boundaries”.

Marketers working in the hubs will remain with their departments, which will still be free to develop their own campaigns and partnerships with private sector partners not considered central to government policy or a communications priority.

The introduction of the hubs is being overseen by Jenny Grey, director of policy communications for the combined No10 and Cabinet Office press office. She will act as executive director for government communication, a new role first unveiled in June.

A new body, the “communications delivery board”, has been setup to approve the strategies developed by the hubs. It will be chaired by Cabinet Office minister Francis Maude.

The hubs will be led by a hub leader, an “existing senior communicator” from one of the participating departments’ marcomms teams. Hub leaders will report to Grey in the interim.

Changes follow the decision to axe the government’s marketing services provider the Central Office of Information. The COI will formally close in March 2012 when its procurement responsibilities will be passed to the Cabinet Office.

COI staff that want to stay in the civil service “will be redeployed where possible”. 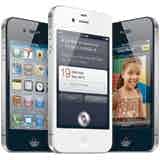 Apple’s shares fell more than 6% after it missed its third quarter earnings expectations for the first time in years, as iPhone sales disappointed investors. 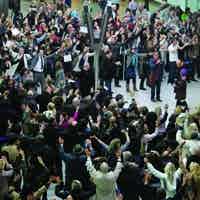 Lysa Hardy, T-Mobile’s marketing head and one of the lead figures behind its award-winning “Life’s for Sharing” campaigns, is leaving the company.