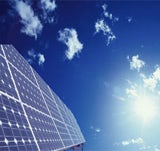 As part of the government’s pledge to incentivise low-carbon heating technologies, from April 1, householders and communities who install low-carbon electricity technology such as solar panels and wind turbines up to five megawatts will be paid for the electricity they generate, even if they use it themselves.

The level of payment depends on the technology and is linked to inflation. They will get a further payment for any electricity they feed into the grid. The government says that with a typical 2.5-kilowatt solar installation, a homeowner could receive up to £900 and save £140 a year on their electricity bill.

The scheme is designed to increase the amount of green energy as part of a wider plan to meet a UK target to source 15% of its energy from renewable sources by 2020 from around 2% now.

UK energy and climate change secretary, Ed Miliband, says the new tariffs would be an incentive to householders and communities wanting to make the move to low-carbon energy.

“The feed-in tariff will change the way householders and communities think about their future energy needs, making the payback for investment far shorter than in the past. It will also change the outlook for a range of industries, in particular those in the business of producing and installing small-scale low carbon technology,” Miliband says.

The renewable heat incentive, which would be the first of its kind anywhere in the world, is to come into effect in April 2011 and guarantees payments for those who install technologies such as ground source heat pumps, biomass boilers and air source heat pumps.

Under the proposed tariffs the installation of a ground source heat pump in an average semi-detached house with adequate insulation levels could be rewarded with £1000 a year and lead to savings of £200 a year if used instead of heating oil. Details of funding for the scheme will be published in the 2010 Budget. 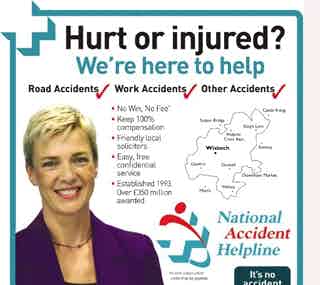 It is easy to be convinced that marketing needs to see every piece of data about a customer in its database. As David Reed finds out, the single marketing view should be about what works and delivers value, not what IT thinks is appropriate..