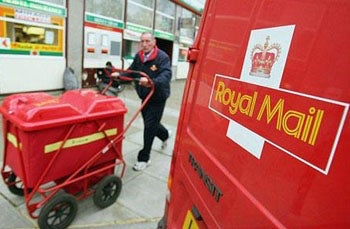 The government says it will seek an “injection of private capital” in the Royal Mail but stopped short at detailing how much of the postal service will be sold.

Any sale could include the firm’s media business which runs the recently launched Insight targeting tool and marketers’ planning resource Mail Media Centre.

It could also mean the sale of direct mail delivery services.

The Con-Lib Dem government also confirmed that the post office network will remain in public ownership.

It had been thought that Conservatives favoured complete privatisation, while the Liberal Democrats wanted part privatisation.

Separately, it also includes a pledge to “crack down on irresponsible advertising and marketing, especially to children” and “to tackle the commercialisation and sexualisation of childhood.”

No further details were provided, however, the Tories have previously pledged to develop a website for parents to complain about irresponsible marketing.

It also previously vowed to ban peer-to-peer marketing techniques targeted at children and prohibit agencies found in “serious breach” of rules governing marketing to children from bidding for government contracts for three years.

Elsewhere in the document, there is a commitment to maintain the “independence” of the BBC and support the roll-out of “superfast broadband”. It also includes measures to crackdown on “excessive” credit and store card interest rates.

It also reaffirms the Tories commitment to ban the sale of alcohol below cost price and a promise to “review alcohol taxation and pricing to ensure it tackles binge drinking without unfairly penalising responsible drinkers, pubs and important local industries.”

No further details were provided but the Tories have previously favoured a flexible taxation approach where super strength lagers and ciders would carry a higher higher duty.

Kraft Foods has consolidated its £50m UK media planning and buying account into PHD, bringing together all its UK Cadbury and Kraft brands into one agency.