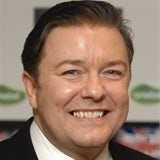 Blogs and podcasts are attracting the interest of brands they’re an effective way to communicate with the young and affluent.

Podcasting and blogging have proved to be explosive phenomena. Last year “podcast” was declared word of the year by the New Oxford American Dictionary – having only been coined in 2004. And consumer interest is huge – just last month, comedian Ricky Gervais (pictured) beat his own record for the most downloaded podcast, with an average 261,670 downloads per episode.

With Microsoft confirming this week that it is to roll out an MP3 device to rival Apple’s iPod under the brand name Zune, the market is undoubtedly set to grow.

Steve Cooke, marketing director at research firm BMRB, says that – alongside the growth of broadband penetration – the “iPod phenomenon” has played a significant role in the growth of downloading. “The growth of MP3 players has provided a truly mobile means of playing downloaded material. Freed from the constraints of PCs, consumers can now interact with podcasts and other downloaded media on the move.”

According to BMRB, 23% of UK adults own an MP3 player, which rises to over half (58%) of all 16- to 24-year olds. Cooke says: “The iPod influence should not be underestimated: nearly 40% of all MP3 owners have an Apple iPod and nearly a third (30%) of all 16- to 24-year-olds own at least one iPod. With 4.3 million adults saying they are likely to buy an MP3 player in the next six months, market growth looks set to continue.”

BMRB’s latest podcast survey shows that 17% of adult internet users have downloaded a podcast in the past six months and nearly a quarter are likely to do so in the next six months. This rises to 28% among owners of MP3 players.

News and entertainment are the most popular genres for blogs and podcasts, but increasingly companies are getting in on the act. Last week Carphone Warehouse chief executive Charles Dunstone used his blog to announce that his company could continue advertising “free broadband” in its TalkTalk ads – following the completion of an Advertising Standards Authority (ASA) case most observers expected him to lose. The ASA was left to explain that, while it had upheld complaints against the ads, it had agreed the phrase could be used if the product was adjusted.

Meanwhile, Sony is offering PSP owners in Europe access to exclusive content as part of the latest ad campaign for its Bravia TV brand. Content will include video blogs from the set of the ad, podcasts of interviews and commentary from the set, written blog entries, extensive behind-the-scenes footage and high-quality photography.

Other brands are also turning to podcasts and blogs to connect with consumers and move beyond the brand. Martin Harrison, account director at Tullo Marshall Warren (TMW), has been working with Birds Eye on a new employee blog and podcast focusing on this year’s pea harvest. The harvest lasts just six weeks and involves many small suppliers. It’s a frantic business, and Colin Wright, head of agriculture at Birds Eye and an expert on pea production, will communicate openly about the harvest’s progress.

Harrison explains that it’s an honest account: there is no script or corporate line. He says companies can use blogs and podcasts to initiate a dialogue with consumers, but to be effective they need to be perceived as honest. He adds: “Great brands have great stories behind them, and blogs are a great way to bring those stories out, communicating with people in an honest, open and engaging way.”

Podcasts and blogs may be part of the marketing strategy, but they also generate advertising revenue. Media owners such as radio stations have been experimenting with online programming, with brands sponsoring podcasts or running audio executions online.

Cooke says: “The good news for advertisers is that podcasts are more popular among those difficult-to-reach audiences – the young are more likely to be downloaders.”

“For advertisers, this presents an opportunity for tightly targeted campaigns to niche audiences. For internet properties, the potential is there to develop download portal sites, which in turn will attract advertising content. Because the market is developing so rapidly, it is crucial to understand the audience, and how they interact with this fast-growing media,” says Cooke.

Yet Dug Falby, senior digital consultant at digitaltmw, says brands must be cautious. “Brands can approach podcasts in the way they would traditional media – such as radio or television – whereas most social software is about conversation. But marketing must move away from the pseudo-militaristic model of the past to a collaborative model. We must recognise consumers are in control.

“We need to engage the audience and work in partnership with them. The more interesting podcasts and blogs might be from a farmer in Bolivia, but the important thing to remember is that there is no one-size-fits-all approach.”