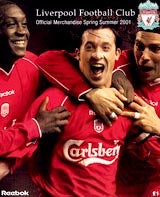 Barclaycard has eight days to notify Granada Enterprises whether or not it wants to sign up to sponsor ITV’s coverage of the FA Premier League.

The card services company, which has agreed a &£48m three-year global title sponsorship deal of the FA Premier League from the start of next season, has first right of refusal on ITV’s highlights package.

Granada Enterprises is understood to be asking for &£18m over three years – which would make it one of the network’s biggest sponsorship deals. ITV paid &£183m for the rights to highlights, snatching them from the BBC, which packages them under Match of the Day.

Barclaycard marketing director Paul Parmenter says: “We have developed plans to take our association with the FA Premier League further. It is not appropriate for me to comment on other contracts.”

A spokesman for Granada Enterprises confirmed that the company had spoken to Barclaycard and that it had ten days following the Premier League deal to decide whether to sponsor the highlights or not.

If Barclaycard decides not to pursue the rights, Granada will be able to offer the sponsorship to a non-competing brand through a sealed-bids process.

Carling, which pulled out of negotiations to renew its sponsorship of the FA Premier League, is known to be interested in sponsoring ITV’s highlights package. The Bass-owned brand paid &£36m for their three-year sponsorship deal which expires at the end of this football season.