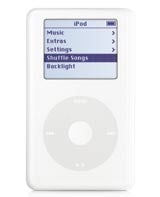 The UK continues to embrace the innovative products of the digital age, according to a recent study by research company BrainJuicer.

The study, which surveyed the views of 2,500 consumers and was then repeated among the marketing community and a group of sixth-formers, aimed to find out what are considered to be the most innovative products launched in the past five years. Respondents were asked to name the most innovative new product overall, as well as to rate developments in ten industry sectors.

The products and themes seen as the most innovative were very similar across the three groups. The consumers’ top overall innovation was unlimited broadband, which is seen as opening up a new world for the whole family, being well-priced, easy to use and available whenever it is needed. Citing similar reasons, this group also named in its top ten specific types of internet use, including online shopping, auction sites such as Ebay, online ticketing and internet banking.

Innovations such as digital cameras, multi-purpose mobile phones, iPods, DVDs and satellite navigation systems all scored highly with the consumers, thanks to the control and immediacy that they offer. Marketers cited similar products, but the sixth-formers had a different view, concentrating more on internet event ticket ordering and Ebay.

When the respondents were asked to look at specific fields, all three groups cited electronics and mobile communications as the most innovative sectors. The marketers also pointed out that the travel sector has a range of pioneering new products. The consumers, on the other hand, appear to be more impressed by innovation in the area of household goods. This is perhaps attributable to the consumer group looking at products in terms of their own lives and the marketers taking more of a business view. The latter group also tend to look at the benefits of something new, then decide to throw out the old, an “embrace and replace” attitude.

The sixth-formers were more impressed by innovation, across all of the sectors, than the marketers and the consumers. This suggests either that the younger generation is more aware of innovation or perhaps that young people have yet to become as cynical about new products as their elders.

The degree of innovation digital technology has brought to the consumer market is also demonstrated by the top answers that each group gave for individual sectors. Of the ten sectors in the survey, the top answers in nine can be classified as “digital”.

The consumer group named mobile camera phones and broadband as the top innovations in mobile communications, while recordable DVD and digital television were considered the most innovative products in electronics. Digital photography and broadband, again, came out top in the media and information sector. While the answers in these sectors are not surprising, digital innovation was just as highly regarded in other sectors.

In financial services, for instance, online banking was a clear winner for the consumers, as was online booking in the travel sector. Motoring was also recognised as a sector that offers a host of interesting innovations related to safety and fuel, but the top answer, satellite navigation, is a digital innovation.

In children’s products, educational internet content predictably outscored products such as the Sony PlayStation and Nintendo Game Boy as a well thought of innovation. In the food category, microwaveable foods and organic produce lost out to the internet grocery shopping, which is clearly seen as the future of food shopping.

The only category in which digital innovation was not mentioned was drinks, where sugar-free drinks, sports caps and flavoured water were the popular choices of the consumers.

Within individual business sectors, the three groups’ answers were fairly diverse, but a number of common themes emerge. The consumers tended to describe and consider products in terms of their impact today. Taking the iPod as an example, this group tended to mention its versatility, storage facilities and ability to store huge quantities of music.

Marketers, however, took a longer view, considering how the products of today will impact on tomorrow. This group cited the iPod’s ability to store an entire music collection in the same place, before making a logical leap to predict that CDs, cassettes and Minidiscs will soon go the way of vinyl.

The sixth-formers were much more graphic in their descriptions of innovative products and their answers and uses for the products were more sexually driven: for instance, webcams are great to “see if your girlfriend’s naked”. This group also named a range of vibrators as an innovation in the field of electronics.

Regardless of their particular product choices, all three groups recognised that the digital age is well and truly upon us. Whereas UK consumers previously purchased records and CDs, it is now possible to digitise music, store it and share it. The same is true of photo processing, which is now seen as old-fashioned as digital cameras allow consumers to store pictures on a PC to share with friends. The route to success, it seems, lies in finding ways to make matter digital and to communicate it.

The business models on which corporations such as Ford, GM and US Steel were built may no longer be relevant to today’s companies.

The Natural History Museum is looking for an advertising agency and a media planning and buying agency to handle its account.