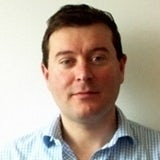 Integrated agency Grasshopper has been placed into liquidation owing creditors in excess of £300,000.

The agency had been put into receivership on March 27 when an administrative receiver was appointed before being wound up on March 30.

According to a statement of the company’s affairs filed with Companies House, the agency’s “estimated total deficiency” as regards creditors is £305,467. Major creditors include HM Revenue & Customs, owed £40,182 and integrated marketing agency Haygarth Group £94,113.

Grasshopper’s managing director Hugh Taylor and director Sarah Francis are also listed as creditors with entries of £44,583 and £26,668 respectively.

The agency was formed in 2001 by Taylor and Francis. According to its website, clients include Continental, the Rugby Football Union, L’Oreal and Monster.

Taylor did not respond to email contact prior to publication.

The Independent newspaper is launching a 10-booklet series designed to promote self-reliant living, inspired by British sitcom The Good Life. The newspaper is calling the booklets “The New Good Life”. The series is designed to help households save money on their weekly budgets and topics include Kitchen Basics, Garden Basics, Painting and Decorating Basics and […]

SpaceNK chief executive Judith Pilkington has left the luxury beauty retail chain. The retailer says Pilkington has “achieved what she set out to do when she joined five years ago” in a statement. It is not known if she has another job to go to. UK retail director Linda Campbell is assuming control of day […]

Ofcom has warned that Project Canvas, the joint venture IPTV proposal, could be subject to a competition investigation. The initiative, proposed by the BBC, ITV and BT, aims to develop an open-standard platform to give viewers subscription-free access to on-demand services and internet content via TV. In a submission to the BBC Trust, which is […]