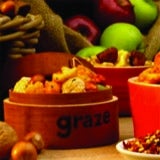 Graze.com is also set to appoint three new members into its marketing team to handle the increased workload.

Co-founder Ben Jones says the aim of the forthcoming marketing campaigns is to ensure Graze.com is at the “forefront of people’s minds” when they are thinking about how to eat more healthily at work.

“We are a new company, so it can be difficult to make sure our brand is trusted. We need to ensure people have seen [Graze.com] enough not just to recognise the name but actually want to try us out,” he adds.

Previously, Graze.com’s main marketing focus has been through affiliate money-off promotions, such as via Groupon, but the company is now looking to explore different platforms such as social media and additional TV.

The Groupon deal was the third most popular on the site ever in the UK, behind only Asos.com and The Body Shop.

Graze.com does not reveal its user numbers or financial information, but Jones says the company’s TV ad has already increased traffic. One ad, broadcast on ITV1, increased traffic from 50 visitors five minutes before it was aired to more than 800 uniques after the spot.

Jones adds: “Our TV campaign at the moment is purely functional but once we have more recognition we will be more creative and our marketing can be more touchy feely.”

Marketing at Graze.com is led by managing director Anthony Fletcher, who joined the company from Innocent Drinks in 2009, where he was innovation manager. 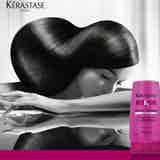 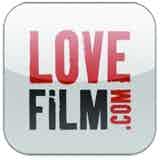 LoveFilm has struck content deals with ITV and BBC Worldwide as part of its ongoing expansion strategy ahead of the imminent launch of US movie and streaming giant Netflix in the UK. Read full article here.