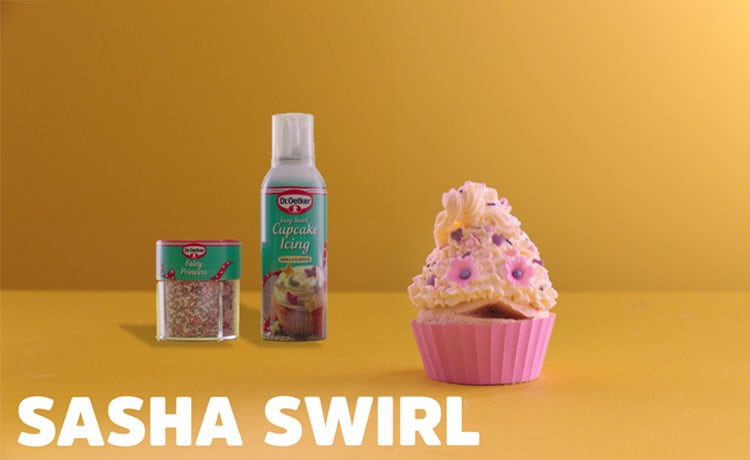 After months of anticipation, The Great British Bake Off is returning this evening (29 August) to its new home on Channel 4.

Having spent £75m buying the rights to the programme from the BBC, Channel 4 needs it to be a ratings success to ensure it keeps sponsors and advertisers happy. So far, it seems the switch is not putting people off, with the new series receiving a higher proportion of solely positive tweets than last year’s, according to data from Kantar Media’s Social TV Ratings (KSTR) tool, Instar Social.

The measure for 2017 currently stands at 44.8% compared to 30.9% for the whole of the 2016 series. This is admittedly not a completely like-for-like comparison given the 2017 series has yet to start, but it suggests people are feeling upbeat about it.

Looking at the key qualities of a typical Bake Off viewer, data from Kantar Media’s most recent Great Britain TGI study suggests they are 35% more likely to be female, and there is also a skew towards higher incomes, with families earning more than £75,000 25% more likely to watch.

Those that watch Bake Off are also more likely than the average adult to be interested in quality food and entertaining and take pride in the appearance of both themselves and their homes.

“Its position as one of the nation’s most popular TV shows means a huge range of brands, regardless of whether they’re an official sponsor, will hope to capitalise on consumer engagement with the show. But fierce competition means they will need to build accurate, actionable insight about the audience – not just who they are, but where their interests lie and even the different brands they resonate with – to determine the most effective ways to segment and target them,” says Richard Poustie, chief executive UK & Ireland at Kantar Media.

What are brands doing?

While the BBC’s version was ad-free, the move to Channel 4 has opened up a host of advertising opportunities. There are two main sponsors in Dr. Oetker and Lyle’s Golden Syrup that have taken distinctly different approaches to their campaigns.

Dr. Oetker seems to have been inspired by presenter Noel Fielding’s Mighty Boosh and taken a more light-hearted approach. One of the ads shows a multi-tier cake called the ‘Baker Boys’ sing about the greatness of its baking powder. Other characters include ‘Frederico Fudge’ (a smooth slice of chocolate fudge cake) and ‘Sasha Swirl’ (a sassy cupcake). ‘Dare to bake’ is the accompanying slogan.

For those wondering, it is slightly similar, but perhaps not as strange, as Channel 4’s teaser ad for the new series, which also featured a musical number.

Dr Oetker says it hopes the campaign will revive a flagging baking category by growing the number of “baking occasions” and getting people to bake for fun and not strive for perfection.

“For the last two years the category has been both in value and volume decline. Since quarter two this year, however, inflation is negating the lost volume in the category and the category is tentatively starting to grow. This is great but we need to address the fundamental issue of getting more people to ‘Dare to Bake’ more often and that’s what we plan to do with our GBBO Sponsorship campaign,” says Jan McKee, executive head of marketing UK at Dr. Oetker.

“We’ve gone for a rather light-hearted and unexpected creative as we are keen to drive reappraisal of baking among consumers and get them back into the kitchen. We want baking to be perceived as a ‘fun in the process’ activity, rather than a stressful strive to perfection.”

Meanwhile, Lyle’s Golden Syrup has adopted a more realistic take by focusing on the stickiness of its product. Its idents, created by creative agency Iris, show a spoon having to be fished out of the jar and a tin getting stuck to the kitchen table.

“Lyle’s have been part of millions of bakes in this country since the late 19th century, and we want to make sure we remain equally relevant to all the new  generations of British bakers that GBBO reaches out to,” says Tamas Fuzer, European marketing director at the brand.

The brand is not worried about a potential audience backlash when it comes to its sponsorship either: “Lyle’s so naturally fits within the context of GBBO, we feel that it will not be seen as intrusive or distracting.”

The work builds on the success of the 2016 campaign ‘Sticky But Worth It’, which marked the brand’s return to TV advertising for the first time in 25 years and also aired on Channel 4. The sponsorship idents will be shown during every episode of The Great British Bake Off and the spin-off show Bake Off: An Extra Slice presented by Jo Brand, as well as festive episodes.

Jumping on the Bake Off cake trolley

Not every brand has managed to bag itself a sponsor slot, but that doesn’t mean they don’t want a slice of the action – whether they have a direct link to baking or not. Lurpak is running a paid social campaign aimed at showing off its baking credentials.

Dust off your rolling pin fellow bakers. Get your scales at the ready. For today, we bake! #BakeOffIsBack #GBBO pic.twitter.com/4HbNeoL5di

A brand with a perhaps more tenuous link is We Buy Any Car, which is giving away car-shaped moulds (see below). Aldi, meanwhile, is launching its own stand mixer, priced at an “affordable” £65. According to Which, the average model will set you back between £100 and £200.

RETWEET and FOLLOW for a chance to #win a car shaped cake mould! #GBBO

We've got 4 to giveaway. Entries close at midnight. pic.twitter.com/pwW6n0ZkEc 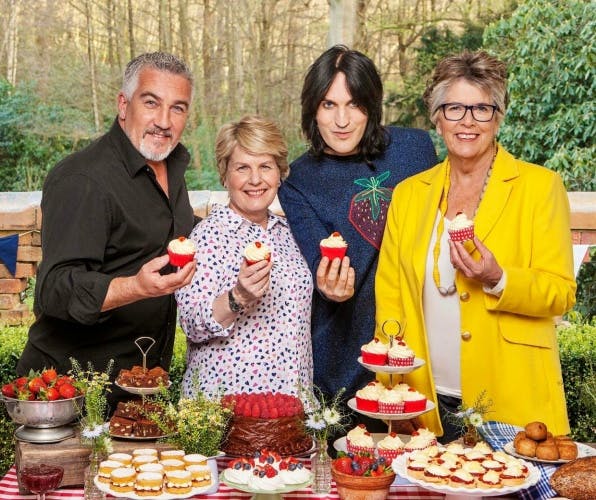 Channel 4 has signed up Lyle’s Golden Syrup and Dr. Oetker as the official broadcast sponsors for The Great British Bake Off, which is set to return to TV screens later this year. 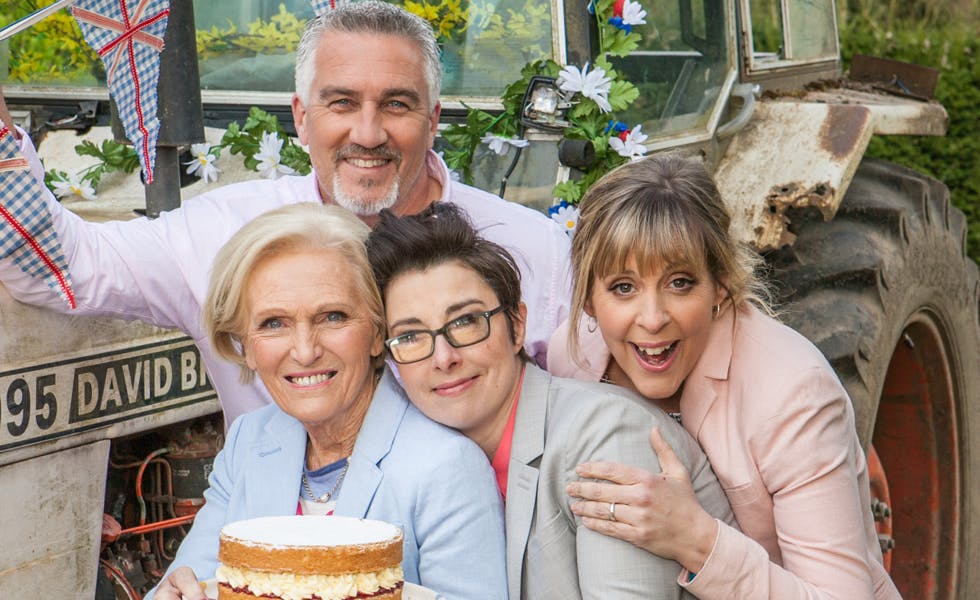 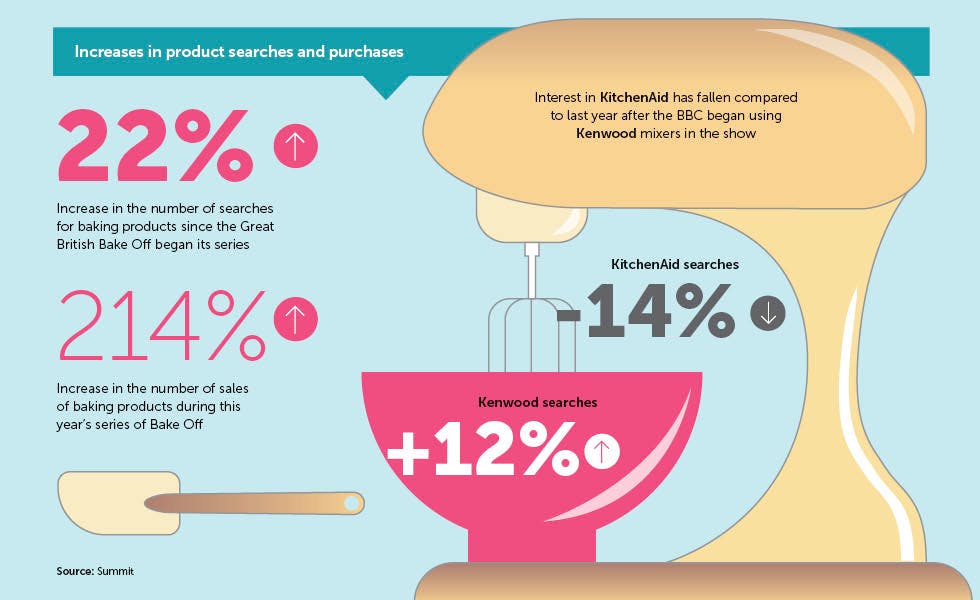