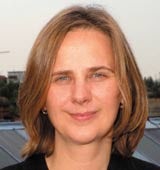 Retail billionaire Philip Green is a man who has, until now, shown scant regard for the use of television advertising when it comes to marketing his stores. So why has he decided after all these years to give the green light to TV campaigns for both his ‘variety’ store, Bhs, and clothing retailer Dorothy Perkins?

Green denies that the decision to use TV forms part of a plan to get his own back on Marks &amp; Spencer’s management and shareholders – following the withdrawal of his &£9bn bid for the store last month – by showing them just ‘who is the best retailer’.

But TV advertising is a tool few clothing retailers use on the high street to drive footfall. And those clothing retailers that have used TV – a medium that can, if not carefully planned, produce significant wastage – have done so with mixed results.

Most fashion retailers rely on public relations to place items of clothing in magazine shoots or on ‘what to buy’ lists in carefully targeted publications. Some might also use print and poster advertising, with the odd well-known model or celebrity thrown in for good measure. And, as most retail analysts will tell you, as well as virtually every woman at home or in the office: when it comes to clothes shopping, women tend to wander in and out of the various retailers on the high street in order to find what they are looking for. Women may have their favourite stores, but they like to keep a close eye on what the many high street players (and increasingly the supermarkets) have to offer in terms of style, quality and, most importantly, price.

Green’s reasons behind Dorothy Perkins’ venture onto the small screen are not altogether clear and he admits that he is just dipping a toe in the water.

But as the competition on the high street increases, thanks to the arrival of fashion brands such as Zara and even Asda’s George, the aim is surely to deliver cut-through and to secure a place on the list of most women’s ‘must visit’ portfolio of fashion stores.

The rationale for a Bhs TV campaign is a little clearer. As Green is at pains to point out, Bhs sells more than just clothes and is a ‘variety’ retailer. For variety retailers and department stores, Christmas is a crucial trading period and in recent years many of the big high street names – Argos, Woolworths and M&S – have ploughed millions of pounds into their seasonal TV campaigns. Green does not want to be left behind in trying to secure the hearts and minds of Christmas shoppers. Bhs’s move onto TV is part of a wider investment initiative in the chain, details of which are due to be unveiled on September 9. Green has vowed to put his foot back on the pedal at Bhs and is spending about &£50m on rejuvenating the chain with a new store interior and more fashionable clothing.

Nor is it a coincidence that Green’s latest plans surfaced around the same time of his bid for M&S. The question is whether Green will be successful in driving M&S and its share price into the ground, and making it ripe for another takeover attempt.