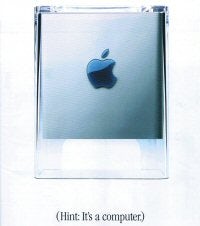 Environmental action group Greenpeace has hit out at Apple yesterday for the lack of ‘greening’ in this year’s keynote address from Apple Computer chairman and chief executive Steve Jobs.

At the Macworld conference yesterday, Jobs announced the roll-out of the iPhone and unveiled Apple TV, a set-top box that allows users to stream video from their computer to their television screen.

However, Greenpeace expressed dismay there was no mention of Apple pledging to become greener.

Last August Greenpeace issued a list of technology companies in its Guide to Greener Electronics, ranking them according to ‘green-ness’, and placed Apple fourth from bottom. An updated list in December saw Apple ranked bottom.

A Greenpeace spokeswoman explains the placing was the result of Apple declining to reduce content of toxic PVC in products or participate in recycling programmes. She says that in compiling the list, which included Nokia, Fujitsu-Siemens and Hewlett-Packard (H-P), Greenpeace had an open dialogue with the companies.

But she says following Greenpeace’s launch of greenmyapple.org and a spoof address showing Jobs’ pledge to be greener, all dialogue ceased.

Meanwhile other technology companies have committed to greener policies, such as H-P and Fujitsu-Siemens, which last year rolled out a green initiative.

The spokeswoman says: “Apple has not responded at all and we’ve heard nothing, and Jobs mentioned nothing about going greener.”

The History Channel UK has pointed BBC marketer James Pestell to the new role of marketing director. He will take over the role in April. Pestell, who is currently head of marketing for BBC2, will be responsible for bringing together the company’s communications strategy, including advertising, marketing and branding. Geoff Metzger, managing director of the […]

Anheuster-Busch (AB)and Czech brewery Budweiser Budvar have signed an historic deal that will allow the US brewing giant to import and distribute the Budweiser Budvar brand alongside its own Budweiser in 30 US states. The Czech beer will be known as “Czechvar” in the US. The deal is unlikely to mean an end to almost […]

Transport for London is looking for a new sponsor for the London Underground busking scheme to replace Carling.