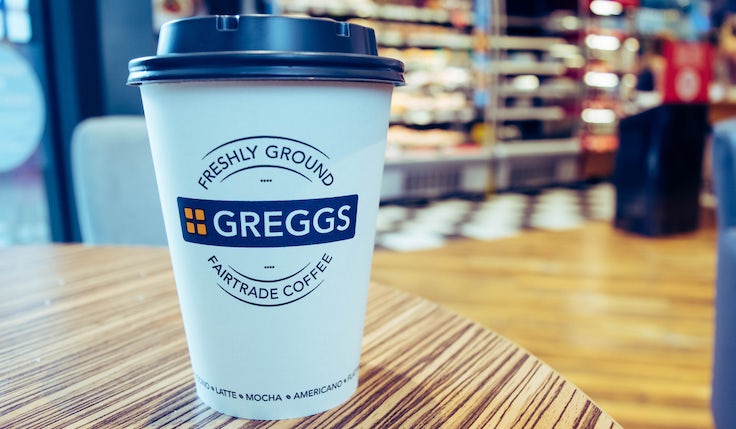 Greggs is banking on digital sales, late hours trading and extending its store estate to drive future growth, as the bakery chain plans to double sales over the next five years.

In its full-year results for 2021, Greggs says it has emerged from the pandemic as a “stronger and better” business, posting a 34% increase in pre-tax profit compared to 2019.

Like-for-like (LFL) sales in company-managed shops were down 3.3% on 2019 after a difficult first quarter, but returned to positive growth in the second quarter, ahead of expectations.

Our investment over recent years has left the business well-placed to move quickly as the economy recovers and we drive our ambitious plans to become a larger, multichannel business.

Greggs attributes this growth to rising demand for its walk-in channel alongside strong delivery sales, crediting the “versatility of the brand” in allowing the business to operate across a range of formats.

The business extended its partnership with Just Eat from 600 to 1,000 shops nationwide over 2021, and plans to extend to a further 300 outlets this year. The brand says that while there was some slowdown in digital sales when stores reopened last year following lockdown, delivery sales remained “strong and accretive” when walk-in sales increased again.

“We had done well to accelerate our services in the delivery channel as Covid struck and, now that walk-in footfall was returning, delivery demand was proving to be largely incremental to this, extending the reach of our shops beyond customers passing by,” says CEO Roger Whiteside.

Greggs says delivery also has the added benefit of a single order serving multiple customers, meaning basket size is an average of three times that of walk-in consumers.

According to Whiteside, the increased reach from delivery will be “key” to accelerating the business’s plans for later opening hours, as a “significant” proportion of market demand for delivery comes post-5pm.

After trialling evening opening hours in 100 stores during 2021, Greggs now plans to roll out late opening hours to a total of 500 shops, which will be supported by marketing activity. The business estimates that eventually two-thirds of its shops will be viable for late trading.

Greggs sees the move as a “strategic opportunity” to compete in the food-on-the-go market in the evening, given market research shows that sales after 4pm accounted for 35% of food-to-go sales in 2021, which is the largest proportion of the market by time of day.

Given Greggs stores typically close around 6pm, it says it currently accounts for just 1% by value for this ‘dinner time’ market, compared to nearly 8% of the lunchtime market and 11% for breakfast.

Further research shows 86% of demand during the evening is for take away food, according to the bakery chain, which believes it is therefore well positioned to compete. Currently 30% of customers surveyed say its existing menu options are suited to evening consumption, so it believes it can grow the evening trade to 17% of daily sales.Greggs to increase marketing spend in loyalty push

However, Whiteside says Greggs’ digital channels also open new opportunities to compete more effectively at all times of day, such as with its new ‘Click + Collect’ option. The service was integrated into the new Greggs app last year, and this year Greggs will begin to promote the service to customers.

Digital channels will also allow the business to extend its made-to-order offer, with plans to trial pizza toppings and baguettes this year. The brand believes this will encourage customers to “trade up”.

Finally, digital engagement with customers will help the business communicate how Greggs can “mean more things to more people”, Whiteside says, as market research shows the brand accounts for less than 7% of customer visits in the market and that three-quarters of app customers visit Greggs less than once a week.

Digital engagement tools will therefore be deployed “at scale” in 2022 as downloads of the app tip one million, to drive visit frequency and average transaction values.

Greggs opened 131 new shops in 2021, as well as closing 28, taking its total across the county to 2,181. It plans to open 150 new shops annually going forward, capitalising on the increased availability of retail property since Covid-19 as it aims to hit its target of 3,000 shops in the UK over time.

With the chain already boasting “good representation” in traditional towns and suburban locations, the focus will be on new on-the-go locations where people work, travel or access by car.

The business also claims “strong” sales growth in its grocery partnership with Iceland, with further scope for range development.

[Greggs] has a CEO who is actively talking about the role marketing has played and the commitment to keeping that spend at a relatively high level.

Looking ahead, the bakery chain has warned that inflation is “more significant” than its initial expectations and is impacting on raw material, energy and people costs.

Whiteside says the business is working to mitigate the impact this has on customers to protect the company’s reputation for value. As a result it does not expect material profit to grow in the year ahead.

“Our results and achievements in 2021 show that we have emerged from the pandemic both stronger and better as a business,” he says.

“Despite these near-term pressures, we continue to believe that the opportunities for Greggs have never been more exciting. Our investment over recent years has left the business well-placed to move quickly as the economy recovers and we drive our ambitious plans to become a larger, multi-channel business.”

Greggs made its first entry on Kantar’s BrandZ ranking of the top 75 most valuable UK brands last year, joining in position 71.

Martin Guerrieria, global head of research at BrandZ, said the brand is a great example of one which has innovated and adapted to customers’ changing needs, while also improving its advertising in terms of perceived strength. In 2017 its advertising had a score of 97 (below average), but this increased to 103 in 2020.

“We have 100 as an average and Greggs is now seen as better than the average UK brand in terms of the quality of its content,” he explained.

“Plus it has a CEO who is actively talking about the role marketing has played in the journey and the commitment to keeping that spend at a relatively high level going forward.”Revealed: The UK’s top 75 most valuable brands

In October, the chain said it plans to “increase marketing investment in the months and years ahead” to drive visit frequency and average transaction value.

Greggs was named the Marketing Week Masters Brand of the Year in 2019 for its success in growing brand awareness and addressing challenges around brand consideration.

The turnaround saw the brand’s pre-tax profits rise 15% to £82.6m in its 2018 financial year, making sales of just over £1bn for the first time.

Commenting on today’s results, Chris Daly, CEO of the Chartered Institute of Marketing, warns Greggs must keep a “close eye” on customers’ changing priorities if it is to “weather the storm ahead”.

However, Daly also praised the chain’s recent clothing collaboration with Primark as a “masterclass” in brand marketing, “demonstrating the effectiveness of a tried-and-tested strategy: being an unexpected duo”.

“These two brands know their customers ‘inside out’ and with a target audience who are highly active on social media, it’s unsurprising that the campaign was well received online,” he says. 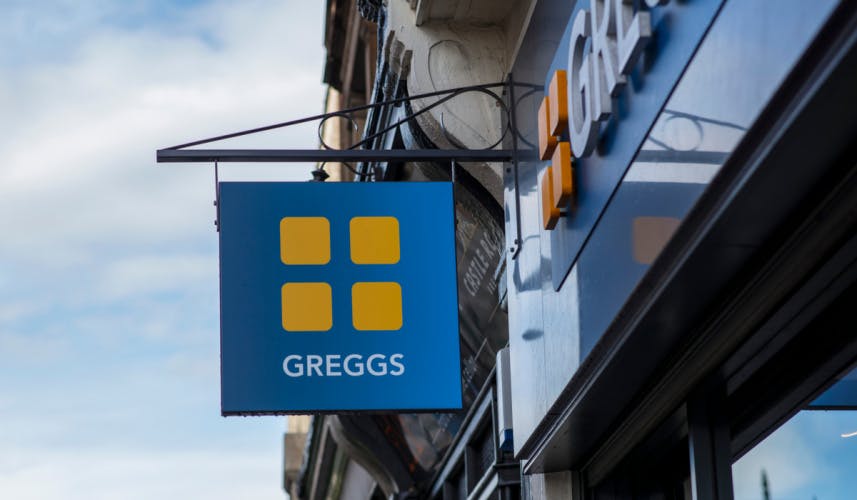 The bakery chain is also looking to drive growth through a focus on evening dining and plans to have two-thirds of its stores open for late trading by 2022.

The bakery chain has identified digital technology as “the key opportunity” to grow market share by increasing customer loyalty, menu choice and reach across multiple channels.