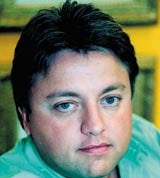 Grey Worldwide London’s new chief executive Garry Lace has warned the agency’s 239 staff that a significant number are to be made redunandant.

The move is the first shake-up since Grey poached the TBWA/London chief executive to head its UK operation (MW October 10, 2002).

The agency has already entered a four-week consultation period, which means it is planning to lay off more than 20 staff. The consultation period ends on February 7. Industry observers say up to 50 people are set to lose their jobs.

Lace, who started at the beginning of November, is also expected to announce a restructure of the agency next month. The agency is hunting for a new creative director in the hope of turning around the image of the agency, which is not known for its creativity. Current creative chief Tim Mellors is retiring this year.