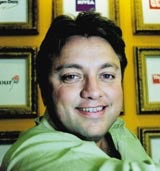 News that former Grey London maestro Garry Lace is to replace Matthew Bull as chief executive of Lowe London came as much of a surprise to the agency’s management as to anyone else in the industry.

Most were kept in the dark about the decision until Marketing Week went to print last week, and reaction in the agency was overwhelmingly negative, say insiders.

One source describes “almost open mutiny” during the formal announcement of Lace’s appointment at an agency drinks meeting. Industry opinion suggests the exodus of senior management over the past two years is unlikely to be halted by Lace’s arrival. Managing director Mark Cadman is tipped to leave.

Cadman was promised the chief executive position, according to one insider, with the backing of most agency staff.

Bull admits the succession issue could have been better handled.

Cadman’s close relationship with chairman Paul Weinberger and planning chief Russell Lidstone could further destabilise the managerial structure should he leave. And, with Cadman and Weinberger both close to the agency’s key Tesco account, one or both departures could see Lowe’s relationship with its only sizeable UK client hit the rocks.

One source admits the agency’s other clients are also worried, particularly Vauxhall and Nestlé, while Lowe’s grip on Stella Artois has been weakened by the departure of former managing director Jeremy Bowles.

But a new broom might be exactly what is needed. The agency has lost over &£400m worth of business since Bull joined in July 2003, including HSBC, Unilever’s Surf and Flora businesses, and the Braun account, while picking up no new accounts. Despite this, Lowe finally appeared to be turning a corner before Lace’s arrival. Lowe is currently pitching for Nokia, a former Lace client at Grey.

Lace’s job will be to win blue-chip clients, as well as improve relations with clients such as Vauxhall, which has been stripping its business from the agency. Vauxhall is holding a pitch for one of its brands between Delaney Lund Knox Warren and Lowe.

Another source says Lowe’s clients will be wary of Lace initially, who brings with him a tarnished reputation after his abrupt departure from Grey (MW February 12, 2003).

But an agency chief says Lace’s task at Lowe is different from that at Grey, which was an agency with a weakened managerial team and poor creative product. The source says that as long as he manages to quell any managerial rebellion, Lace will have a solid base to start from in terms of the quality of advertising.

He describes Lace’s appointment as the last throw of the dice for the agency and its new chief executive. If Lace does not succeed, he says, Interpublic will need to look at other options, such as a merger with either Deutsch in New York or Delaney Lund Knox Warren in London, which is already partially owned by IPG.

“If Lace’s inimitable cocky style works on winning new business,” he says, “then it will be the second coming of Lowe. But if Lace cannot turn the agency around then these could be final days for both parties.”