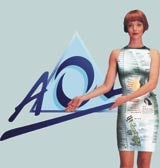 Previous incumbent Mortimer Whittaker O’Sullivan (MWO) has been retained by AOL to advise Grey on the account and to work on special projects, while media will remain in the hands of Vizeum.

AOL spent almost £30m on advertising in the UK last year, and the internet service provider intends to spend £32m in 2004.

Grey’s first task will be to create a launch campaign for the next version of AOL’s software, which is due for release in the first quarter of 2004.

MWO’s creative work for AOL centred around the Connie character, who has been used to front AOL’s advertising since the agency’s appointment in September 1998.

The AOL account is a major win for Grey London, which was handed the Seat account in the UK last month (MW September 4), the £10m Air Miles business in August (MW July 31) and the £10m Captain Morgan brief in May (MW May 27).

Grey London chief executive Garry Lace says: “This is a hugely significant win for us. It is a large domestic account and a great opportunity to do some exciting creative work for a market-leading company.”