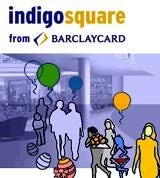 Grey looks likely to lose the £12m creative account for ShopSmart, the UK’s biggest online shopping portal, after Barclaycard agreed to buy the company this week.

The creative account and the media account, handled by MediaCom, are likely to go to BMP DDB and OMD UK respectively, Barclaycard’s creative and media agencies.

IndigoSquare was launched in November, with a £10m marketing campaign created by BMP DDB. Media was bought by OMD UK.

A Barclaycard spokesman says it is too early to speculate on advertising arrangements, but confirmed that, if the deal goes ahead, the two portals will be amalgamated.

IndigoSquare’s offer has already been accepted by 72.5 per cent of ShopSmart’s shareholders and the portal’s remaining shareholders have 28 days to accept.

ShopSmart signed a £3m deal last year to sponsor Channel 5’s peak-time movies, and attracts 500,000 visitors every month. A TV campaign through Grey last year aimed to position the site as the consumer’s advocate in all age and social groups.