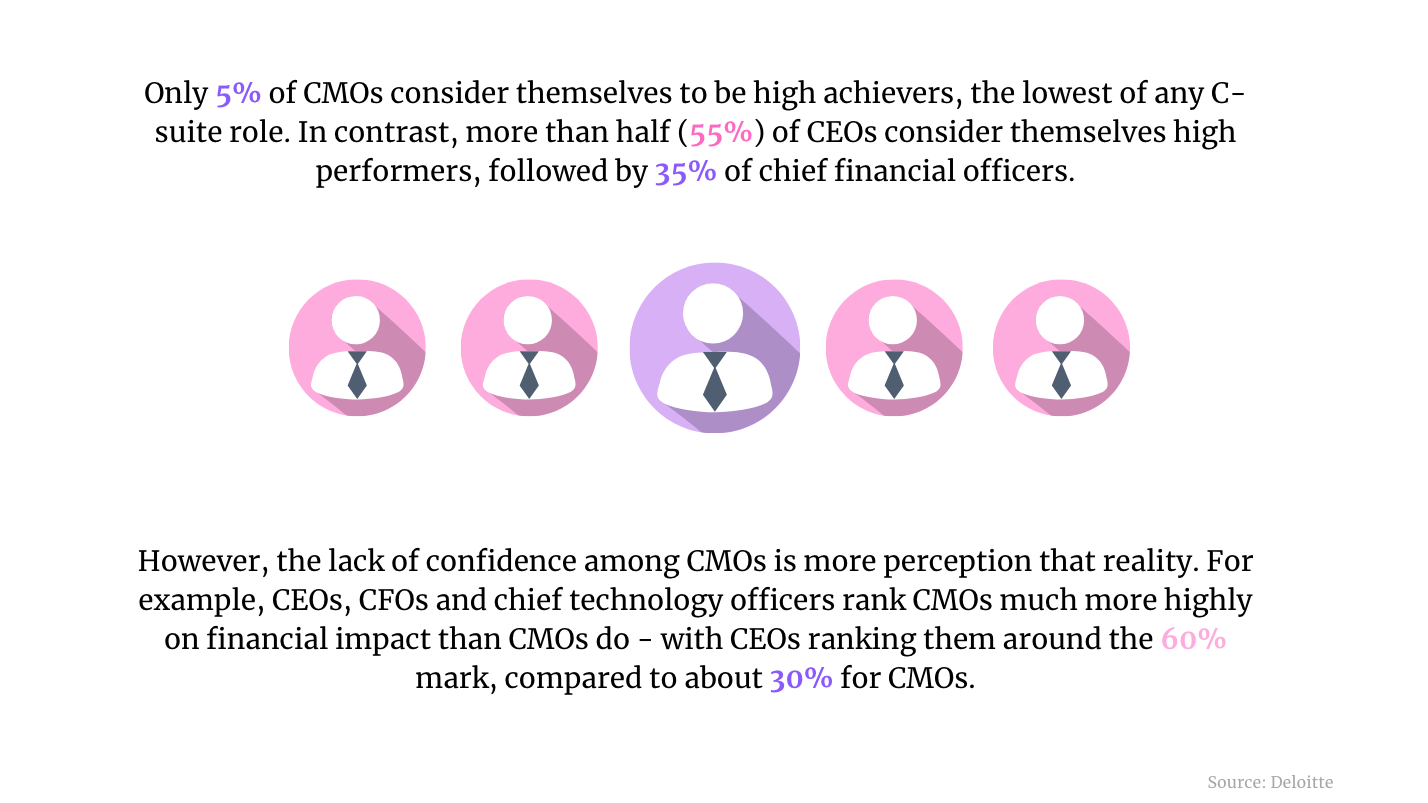 1. CMOs struggling to truly engage with the c-suite

However, the lack of confidence among CMOs is more perception that reality. Most C-suite members perceive the CMO to be performing at a much higher level than they see themselves, particularly in areas such as demonstrating financial impact, customer expertise and initiating collaborative efforts.

For example, CEOs, CFOs and chief technology officers rank CMOs much more highly on financial impact than CMOs do – with CEOs ranking them around the 60% mark, compared to about 30% for CMOs.

In some key areas such as digital transformation (1%) and product road map development (3%) the CMO is nearly invisible. However, the CMO is generally seen as the owner of marketing strategy (46%) and new markets (42%). 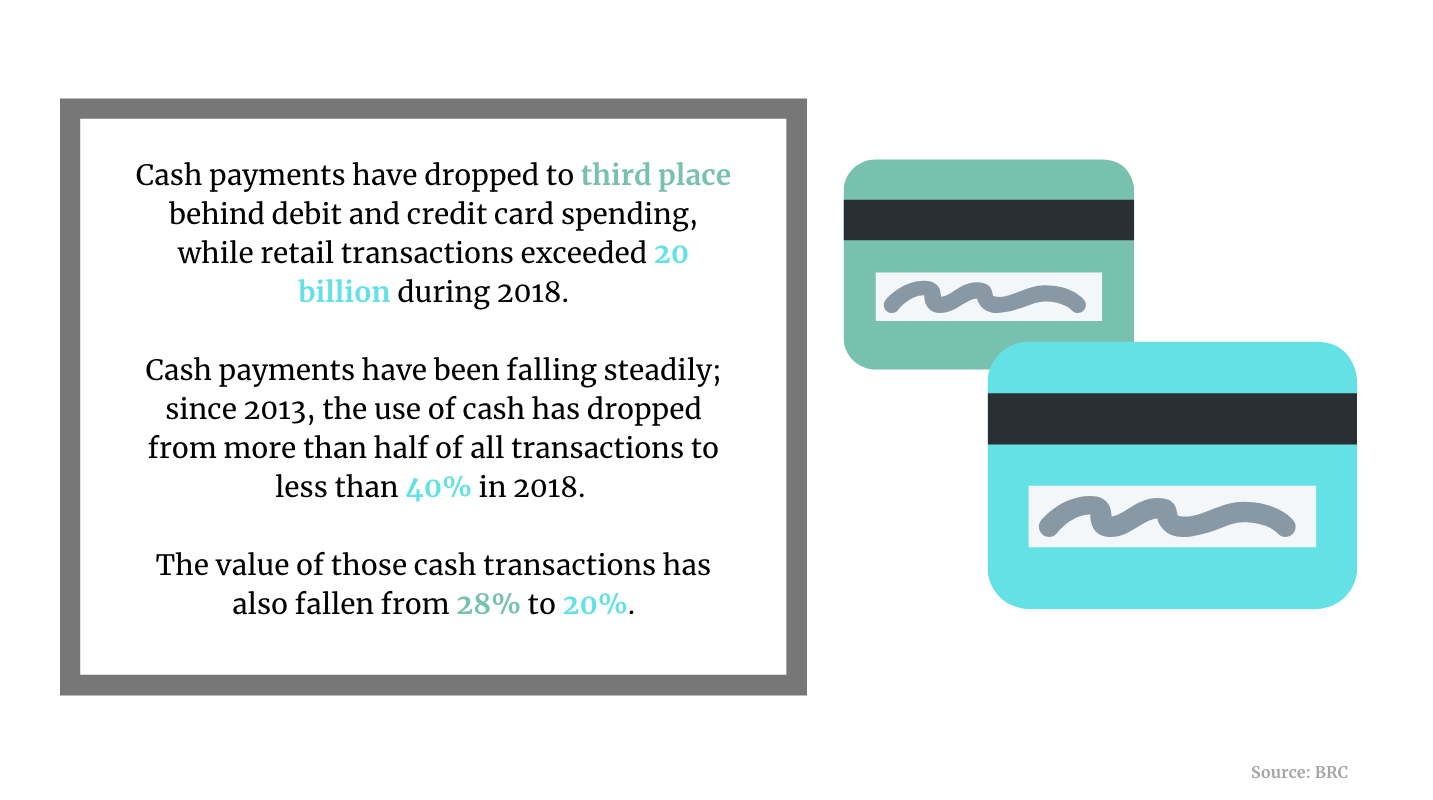 Cash payments have dropped to third place behind debit and credit card spending, while retail transactions exceeded 20 billion during 2018.

Cash payments have been falling steadily; since 2013, the use of cash has dropped from more than half of all transactions to less than 40% in 2018. The value of those cash transactions has also fallen from 28% to 20%.

Meanwhile, the cost of accepting card payments is rising, with retailers spending £1.3bn per year with third parties, up £70 million from 2017. Each transaction cost retailers an average of 5.85 pence per transaction, up 17% from 4.98 pence. 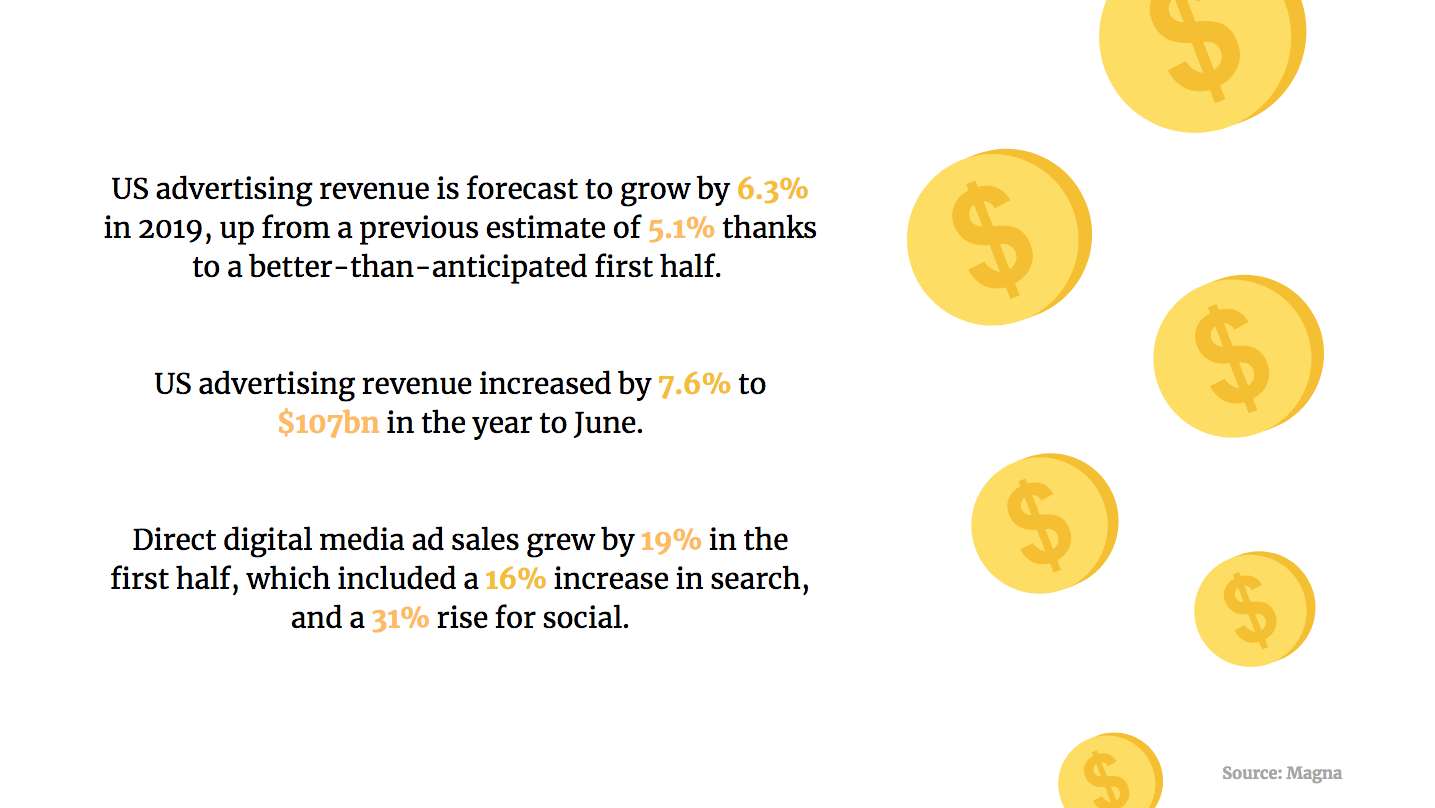 Direct digital media ad sales grew by 19% in the first half, which included a 16% increase in search, and a 31% rise for social.Ad sales in TV, audio and out-of-home were stable during the first half of the year at 0.1% growth, thanks to strong growth in digital video (25%) and out-of-home (7%). 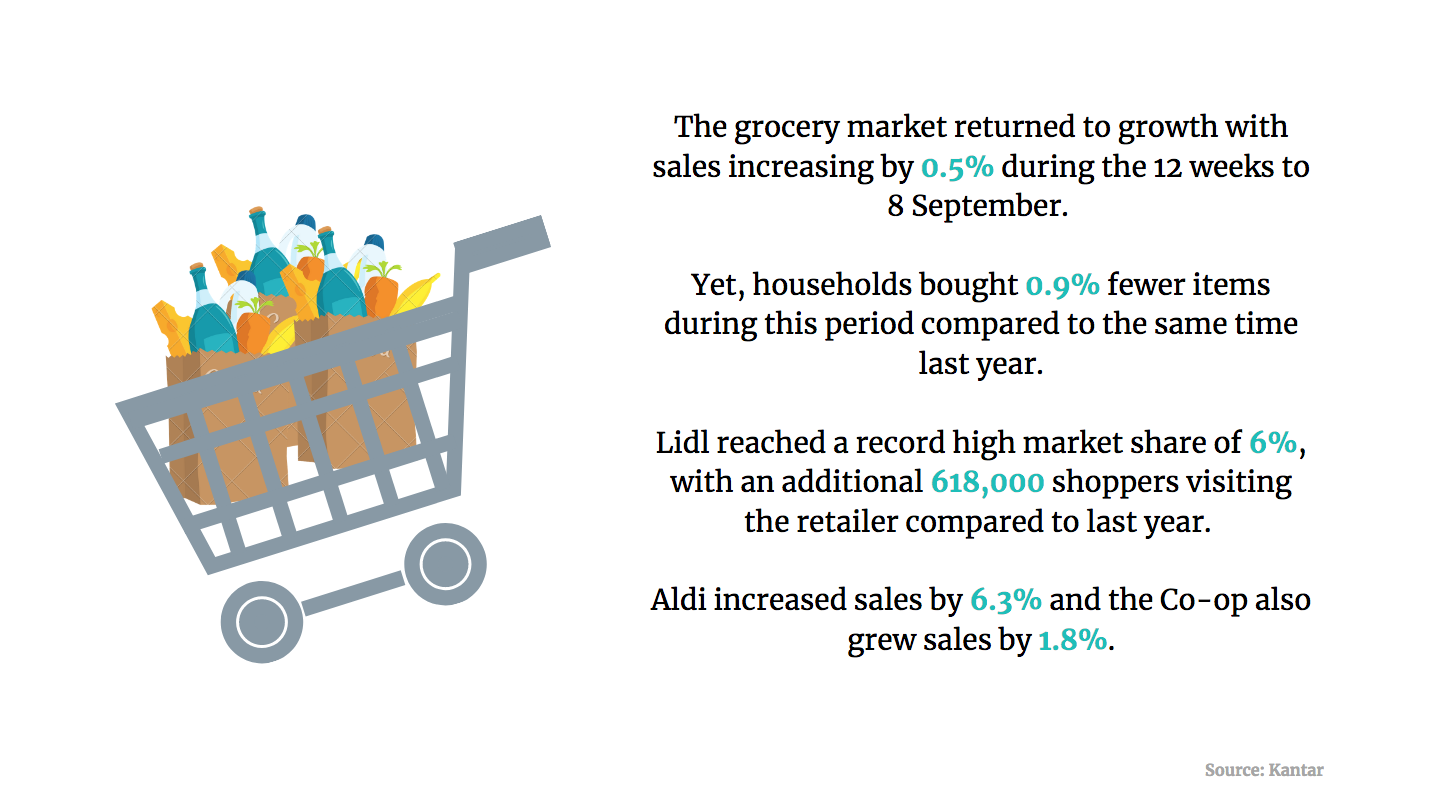 The grocery market returned to growth with sales increasing by 0.5% during the 12 weeks to 8 September. Yet, households bought 0.9% fewer items during this period compared to the same time last year.

Lidl reached a record high market share of 6%, with an additional 618,000 shoppers visiting the retailer compared to last year. Aldi increased sales by 6.3% and the Co-op also grew sales by 1.8%, with a third of British consumers making a trip to its stores during the last three months.

Ocado was once again the fastest growing retailer with sales up 12.7%. This period also marked Sainsbury’s strongest growth since October 2018, but sales still declined by 0.1%.

5. Marketers see uplift in sales due to sustainable packing 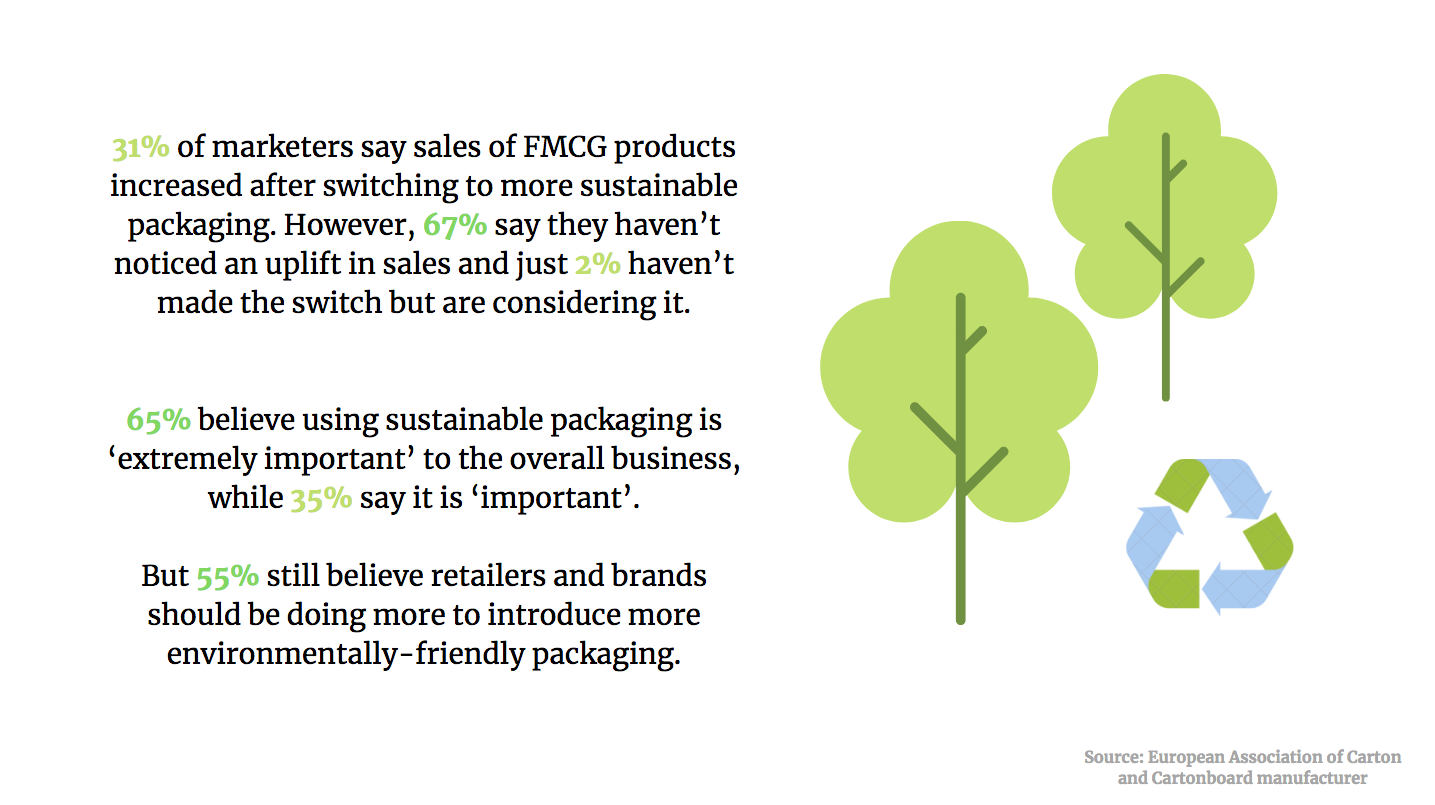 Some 31% of marketers say sales of FMCG products increased after switching to more sustainable packaging. However, 67% say they haven’t noticed an uplift in sales and just 2% haven’t made the switch but are considering it.

Another 51% of marketers say the material used to package products is an important or extremely important part of the marketing mix, and their company believes sustainable packaging is important to their business.

So much so that 65% believe using sustainable packaging is ‘extremely important’ to the overall business, while 35% say it is ‘important’.

When asked about the most important factor in making decisions about packaging, 37% say being environmentally friendly, followed by quality (25%) with brand value communication (13%) coming in third.

But more than half (55%) still believe retailers and brands should be doing more to introduce more environmentally-friendly packaging. 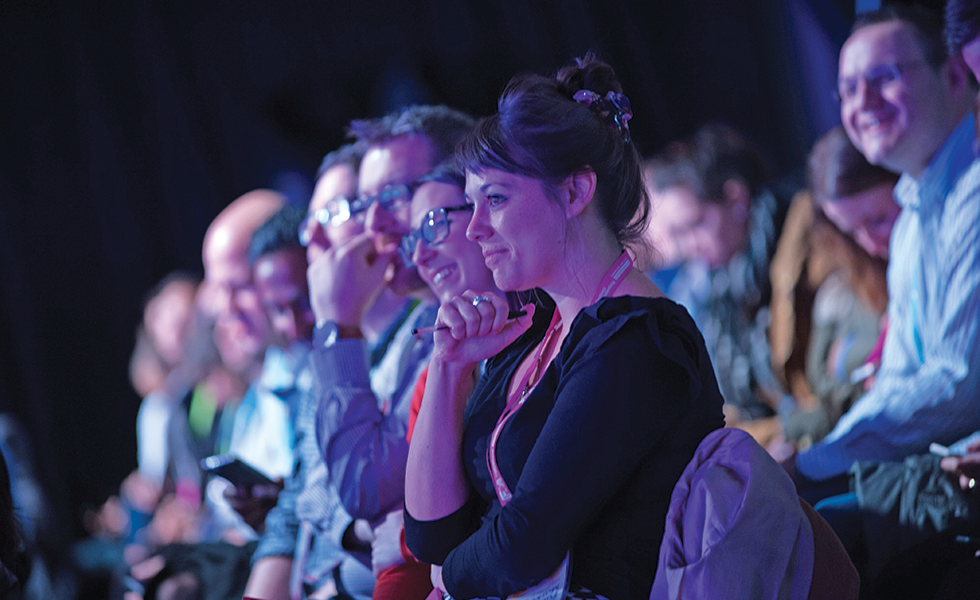 With 12 stages and hundreds of speakers across two days, there will be plenty to see at the Festival of Marketing. Here’s our top picks. 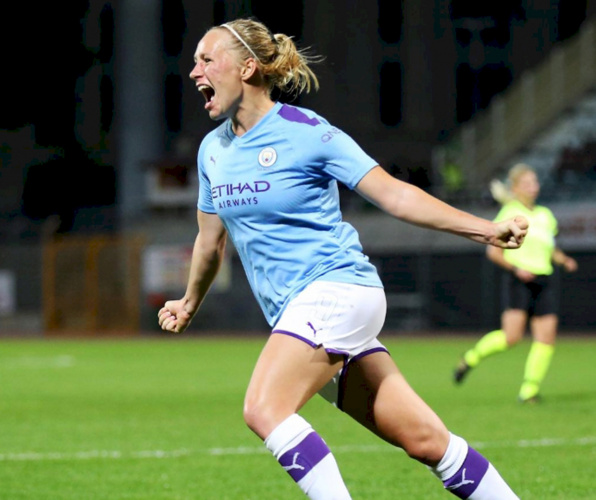 While brands from Visa to Coca-Cola fought for a piece of the women’s football action during the summer’s World Cup, now is the time for clubs to capitalise on the attention to achieve a sustainable future.