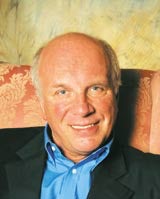 Apax Partners, the venture capital company that counts Greg Dyke as an adviser, has made the shortlist to buy BBC Broadcast, the corporation’s transmission and branding business.

The BBC is said to have whittled down 18 preliminary bids, which were made after it put the division up for auction last December, to just four. BBC Broadcast transmits all of the corporation’s television channels and is expected to fetch up to £150m.

A BBC spokeswoman is reported to have said that the corporation expects to announce the winning bid in July, although the deal is not expected to be completed until the end of the summer, after it gains approval from the Department for Culture, Media and Sport.