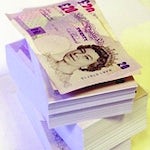 The estimate has been revised up from the projected 1% growth the grou forecast six months ago.

The study, “This Year, Next Year” is part of GroupM’s media and marketing forecasting series drawn from data supplied by parent company WPP.

“Television and on-line spending will outpace other media as they lead with return on investment metrics.”

“China remains the world’s biggest contributor to ad growth in 2010, accounting for one in three of all net new ad dollars we expect this year, and one in five as the rest of the world catches up in 2011,” says GroupM futures director Adam Smith.

“Indonesia and India are the next biggest contributors from Asia. Our grouping of ’new world’ countries accounts for 34% of the global economy this year and 30% of measured media investment.”

“The recession has not impacted internet ad spending except in a handful of highly-stressed markets, adding 10 percent to its measured total in 2009 What continues to power the medium is the steady advance in creativity, analysis and technology which embeds digital in almost all marketing activity.”

In April, ZenithOptimedia revised its forecast for global advertising growth upwards by more than 1% for 2010.

The UK’s latest IPA/BDO Bellwether survey revealed that marketing budgets have been revised upwards for the first time since 2007, according to the latest published on 19 April.