However, the growth in internet display advertising has lost impetus over the past several years as supply has run ahead of demand. In 2010 the report predicts that display spending is expected to hold a 34 percent share of online advertising, down from 35 percent in 2009, 37 percent in 2008, 38 percent in 2007 and 39 percent in 2006.

The overall 15% figure represents an estimated $64.7 billion (£39.72 billion) globally and is an 11 percent increase over the previous year’s total.

The study, called Interaction, says that the uplift is being sparked by ad spending increases in both search and mobile and a continuing ad spending decline in traditional media.

Rob Norman, CEO of GroupM Interaction, says: “For several years the focus has been on the rapid rise of Google and the implications of its auction based pricing to advertisers and agencies. Today, search remains a key driver of digital marketing as advertisers compete to capture a disproportionate share of the intention that search behaviour represents. Now, however, the importance of influencing the organic listings has increased significantly, as has the focus on creating and capturing intent expressed in social media and micro-blogging actions. Search marketing is becoming intention marketing and is moving beyond results pages to activating and responding to the social graph.”

Looking at social media, the report says: “Social media continues its extraordinary growth in consumer adoption and interaction, but still little revenue in proportion to the total time spent or impressions available.”

In terms of future spending, the report predicted an even greater disparity with global display ad spending predicted to grow 5 percent to an estimated $20 billion (£12.27 billion) in 2010 while search is expected to show a 12 percent increase representing $25 billion (£15.34 billion) in spending.

Mobile advertising’s 2010 share of global ad spending is predicted to reach 6 percent of the total, accounting for a 19 percent increase to $3.3 billion from $2.8 billion in 2009. In 2008, GroupM estimates mobile ad spending was at $2.4 billion.

The survey covered 36 countries and shows digital advertising’s share of total ad investment rising from 3.1 percent in 2001 to 14.6 percent in 2010. It points out that Internet advertising has been the principal source of media investment growth in western nations since 2001 as spending in traditional media has levelled off and lately retreated.

GroupM is the parent company to WPP media agencies including MAXUS, MediaCom, Mediaedge:cia and MindShare.

Coca Cola has unveiled details of a global marketing campaign to support its sponsorship of the 2010 FIFA World Cup in South Africa. 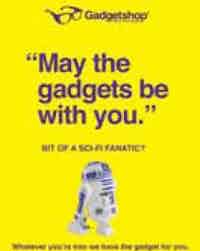 The Entertainer, owner of Gadgetshop.com, is preparing its first campaign for the website to tap into people’s affection for the now defunct high street brand.