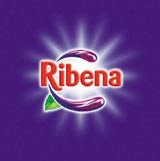 GlaxoSmithKline’s (GSK) decision to reposition its Ribena brand and target young adults, supported by a £10m television and cinema ad campaign by M&C Saatchi, which launches this week, has raised eyebrows in the soft drinks industry.

Ribena is the UK’s fourth-largest soft drinks brand, with sales of £150m (AC Nielsen), trailing behind Coca-Cola, Robinsons and Lucozade. But it faces a tough time in a declining market, and sales figures suggest a need to shift away from the traditional dilutable cordials enjoyed by children for decades towards Ribena’s ready-to-drink (RTD) range.

There are mixed views as to whether Ribena’s new strategy can work, but most observers agree on why owner GSK Nutritional Healthcare has switched its target market from children to 18- to 30-year-olds.

Those in the soft drinks sector understand better than most that marketing to children is fraught with the pressure of striking a balance between a product’s taste and its health value. Marketing to youngsters has always been difficult, but as the health lobby succeeds in hammering home its message of “responsibility” to parents, schools and politicians, that difficulty has increased. Brands are more eager than ever to ensure they do not fall foul of the “anti-sugar brigade”.

GSK is acutely aware of such pressures. In 2001, a High Court judge upheld an Advertising Standards Authority ruling against ads for Ribena Toothkind, which claimed it helped to prevent tooth decay.

But Ribena marketing category director Anne MacCaig claims the problems associated with marketing to children haven’t sparked a rethink at GSK – in fact, she says, Ribena has never marketed to children but to their mothers. “Our core target market has never been children but mothers,” she says. “Now we’re broadening that to include young adults aged 18 to 30. They are the age-group that will remember our 1980s advertising that featured the jumping berries; we want to tap into those memories.

“Those ads may have seemed to have been for youngsters, but they were aimed at and loved by mums. Consumption profiles tell us that 70 per cent of our products are bought by adults, so we know adults already drink Ribena. The new campaign is just a tweak to reassure them that it isn’t a childish brand.”

Retailers and buyers are doubtful the repositioning will work, saying Ribena should continue to target youngsters. One source says: “I understand why Ribena is trying to widen its target market, but it’s a children’s product. It’ll be a big challenge.” Another source adds: “The market that Ribena is looking to break into is a bigger battleground than it is used to and a fiercely fought one. GSK also risks alienating children.”

And another industry source, a rival of Ribena, believes the shift in strategy “smacks of desperation”. The source adds: “Ribena is clearly trying to escape the acknowledged pressures of marketing to children, but it’s entering a sector with even more pressures and which requires huge budgets to succeed. It’s debatable whether consumers will feel Ribena has the credentials to thrive as an adult brand.”

But elsewhere there is optimism that the repositioning can work in the long term. Jonathan Kemp, sales and marketing director for AG Barr, which owns Irn-Bru and Tizer, says: “It won’t be an easy task, but it could work. People who loved a product when they were young often have a latent affection for it in later life. Some of the most loyal people who drink Tizer are pensioners who associate it with their youth. If you can use that latent affection to re-awaken or reinvigorate a brand within a certain age-group, it can be a very powerful tool.”

Sheila Tarring, managing director at soft drinks company Rubicon, says: “The Ribena brand has authority and heritage. GSK can make Ribena credible to adults in a way that say, Britvic Soft Drinks could not do with Robinsons Fruit Shoot. It will have to spend a lot of money and it could take some five years to succeed.”

Ribena’s campaign is the start of a huge long-term investment in changing the profile of a long-standing brand. The industry will watch with interest to see if Ribena can make an impact on a saturated market and establish a brand for adults

– Ribena was first made in 1937 and took its name from the Latin name of blackcurrant, ribes nigrum.

– The government supplied Ribena as a free supplement during the Second World War, because of its vitamin C content.

– The brand introduced its RTD cartons in 1982.

– In 2001, owner GlaxoSmithKline agreed to drop claims that Ribena Toothkind ‘does not promote tooth decay’, following a legal battle with the Advertising Standards Authority.

– Volume sales of Ribena have doubled every six years since 1980 and should be worth £150m this year.

Athletes may not have begun training for the 2012 Olympics yet, but for National Lottery operator Camelot the race is already on. It has to take at least &£2.65bn in additional sales over the next seven years – the equivalent of &£7.2m a week, or &£379m a year – if it is to hit fundraising […]