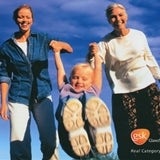 Glaxo-SmithKline (GSK) is in talks with a number of creative “hotshops” about its estimated &£50m pan-European advertising business. It is not clear whether the company is holding a full-scale review or looking to add another agency to its roster.

It is understood that GSK is likely to start a pitch in the near future. In the UK, the business is worth &£30m.

In the UK, Grey London handles the majority of GSK’s healthcare and oral hygiene products, including Aquafresh and Sensodyne.

The agency also works on over-the-counter medicines such as Beechams, as well as the Horlicks drinks range. Ogilvy &amp; Mather is the retained agency for GSK’s pharmaceuticals and chemicals brands, which include Zovirax, and Lucozade energy drinks.

At the end of last year, GSK appointed Tullo Marshall Warren to handle the multi-million pound direct marketing business for its NiQuitin CQ brand. MediaCom handles planning and buying for the pharmaceutical company.

Last week GSK extended the contract of its retiring chief executive by an extra six months despite assuring shareholders that plans to find a successor were proceeding well.

JP Garnier said he would stay on past his 60th birthday to steer Europe’s biggest drugs company through what he described as a “crucial year”.