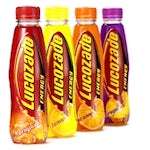 The FMCG company is said to be in advanced talks with a prospective distributor to introduce the drink the US.

John Clarke, head of consumer healthcare, has said that GSK plans to globalise the brand, which had sales of £376m last year, predominantly in Britain.

GSK also plans to roll out the brand to emerging markets including Brazil, Mexico and India.

Earlier this month, GSK put Lucozade’s estimated £10m advertising business up for pitch and invited roster agencies M&C Saatchi and Ogilvy to repitch for the business.

The pitch follows the launch of an outdoor advertising campaign featuring England and Liverpool player, Steven Gerrard, as part of its World Cup themed push.