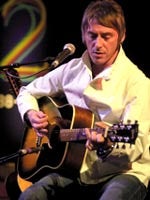 Just to clarify that Maggie Woodward is incorrect in stating that she developed the “first covermounted CD distributed with a national newspaper: Vauxhall’s World Cup promotion with The Daily Mail in 1998” (MW October 25). The Guardian was actually the first national newspaper to covermount a CD, two years earlier in 1996. This was developed by KLP Euro RSCG, with unique content supplied by Paul Weller. It was a huge success and has set the precedent for other newspapers, including The Daily Mail, to copycat.

Your leader column “The pitch badly needs relaying” (MW October 18) suggests that Charlie Edelman was somehow forced to resign as a result of issues arising from the advertising pitch for TfL’s corporate and congestion charging accounts. I would like to make it clear that this is not the case. Charlie’s decision to resign was […]