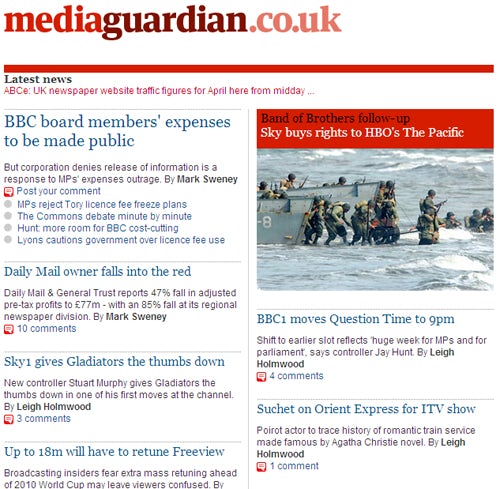 Guardian.co.uk has regained its place as the most visited national newspaper website with 27,324,309 unique visitors in April.

Recent months have seen the newspaper website top slot taken by The Sun online and then The Telegraph online.

The battle for online users is taking place against a debate within traditional publishers over whether they can charge of online content and if so, which elements of their offering.

Rupert Murdoch of News Corp has indicated he wants his News International newspapers to experiment with some form of charging model later this year.

General insurer Allianz is to sponsor the St Andrews Links Trophy tournaments as part of partnership with golf’s most famous course. The three-year deal with the St Andrews Links Trust, which manages the seven golf courses at the Links including the legendary Old Course, is the first such deal in the “Home of Golf’s” 600-year […]

Do all idols have feet of clay? Its tempting to think so after listening to the comprehensive humiliation of Parliament last week, accompanied by its footnote, a further (no doubt justified) trashing of City reputations, courtesy of the scathing Commons treasury committee report.