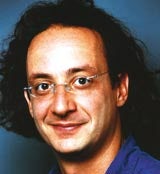 The Guardian Media Group has been forced to design a range of bespoke equipment for retailers to stack the Guardian and Observer newspapers in their new Berliner formats, in an attempt to allay concerns about distribution.

The Guardian is set to switch to the new shape this autumn and its sister Sunday title will follow two months later.

One press buyer says: “The problem is the footprint of the paper on the shelves and where and how you stack it. If you fold the Berliner, it’s smaller than a tabloid but if you don’t, it’s bigger than the broadsheets, which are folded. If this isn’t properly resolved, it could dramatically affect sales of the newspaper.”

Marc Sands, marketing director for The Guardian, says the newspaper will be folded and will be stored in branded bespoke equipment.

He adds: “It is definitely a challenge but we are talking to our retailers and working with them to come up with the answers. There is no single solution but a range of tailor-made answers.