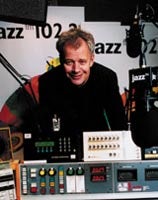 Guardian Media Group (GMG) has made a &£41m bid to take control of Jazz FM, the radio business in which it already has an 18.5 per cent stake.

The company, which owns Scot FM, regional stations and publishes The Guardian, is offering 180p a share in a move backed by major Jazz FM shareholder Clear Channel.

A statement from Jazz FM, which broadcasts in London and the North-west, says it will meet shortly to consider the offer. The board is headed by chief executive Richard Wheatly.

A GMG statement to the Stock Exchange on Tuesday 7 May says it has the backing of shareholders owning 50.5 per cent of the radio station. Clear Channel, which runs Jazz FM’s salesforce and owns 30.9 per cent of the company, is supporting the bid alongside executive director Roger Parry, who owns 1.1 per cent of Jazz FM.

Analysts believe GMG is trying to secure the deal before larger players are freed up by the Communications Bill to take over the station. However, the two companies are seen as having a good geographical fit.

GMG says the move “will give the Jazz FM business the economies of scale it needs to compete effectively as the UK radio industry is consolidating”.

Advertising for Jazz FM is by WARL.