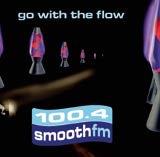 Guardian Media Group Radio has revealed the launch advertising for new station Smooth FM. The £1m campaign, which will use television and outdoor, has been created by Manchester-based Clear Marketing. It aims to raise awareness of the relaunched station, which was formerly Jazz FM Northwest, and its new ‘mellow’ sound. A teaser campaign will run on TV in the lead-up to the March 2 launch, using Marvin Gaye’s I Heard it Through the Grapevine. This will be followed by another execution which will showcase the range of the station’s music. It will use the strapline ‘Go with the Flow’, with images of lava lamps to illustrate its laid-back style. Media planning and buying is through Brilliant Manchester.