Speaking at the Guardian Changing Media Summit in London today (18 March) Pemsel said The Guardian’s move to sell advertising by audiences rather than platforms and the launch of its content marketing division Guardian Labs are some examples of how his company is looking to drive up the value of its online ad offering.

He also said the newspaper industry needed to drop legacies of the past around anonymising individuals and talking about ARPUs to being more intelligent about mapping the user journey, creating user retention, which should result in being able to demand more premium ad rates.

This is working against an environment where mergers and acquisitions such as the Publicis Omnicom deal mean the majority of media will be traded through just a handful of companies, meaning pricing may be driven down further. But Pemsel said if publishers are scared consolidation will negatively affect their businesses, they are likely not confident in the businesses they represent.

Pemsel used his opening address to explain how the Guardian has grown its digital offer since 2000, including the recent launches of its US and Australian offices. Initially agencies in the US thought The Guardian was an insurance company, he joked, but added that globally relevant news stories such as the Edward Snowden NSA revelations have built the brand’s credibility in the region, where it is now among the top 12 news sites.

He said CMOs are increasingly looking to advertise in trusted premium environments and that the publisher is having “more constructive conversations” with clients rather than agencies in this area – the latter of which deal in “tonnage” rather than the environment advertising sits in.

He added: “You need to have big numbers to get in the door (with the US agencies) but clients are starting to get it.”

Pemsel explained that to better serve these CMOs going forward, the Guardian recently hired Co-operative marketer David Magliano who is working on how the publishers translates its growing global reach into data to create “communities of interest” to monetise through advertising and paid-for products. 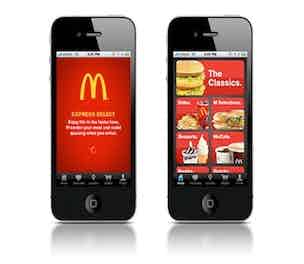 McDonald’s has hired former Facebook client partner Lex Bradshaw-Zanger as its first European digital chief to accelerate the rollout of mobile and web-based services across the region. 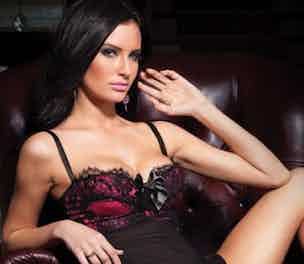 Ann Summers has confirmed it is putting its Knickerbox business up for sale in order to focus on its own core “unique” adult lingerie offering.