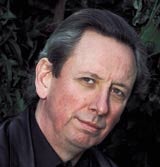 The UK’s business relationship with the French is not unlike a certain, high-profile celebrity marriage. Whatever protestations we make that we are happily married, fresh evidence keeps emerging to the contrary. This is an immense nuisance, because we want to believe – like the partners in the celebrity marriage – that we are well-bonded and happy in each other’s company.

But in the year of the centenary celebrations of the Entente Cordiale, Concorde has been withdrawn from service and Eurotunnel has turned out effectively to be bust. There was something particularly perverse about the pre-Easter press pictures of a jubilant Nicolas Miguet, the tip-sheet journalist who led rebel shareholders in Eurotunnel, waving a Union Jack and a Tricolour at an extraordinary meeting at which the entire Eurotunnel board was ousted.

This is like waving wedding photos in celebration as the court issues your decree nisi. For the record, it’s worth noting that French investors in Eurotunnel considerably outnumber British shareholders, despite the infrastructural link being of far greater value to us than to them. Furthermore, it was that great visionary of private sector participation in transport infrastructure, Margaret Thatcher, who as prime minister in 1986 insisted that no public money was sunk into the tunnel – but it was the French private sector that did most to plug the funding gap that she very largely created.

In the months ahead, when the banks that provided the loans to Eurotunnel inevitably step in to manage it, these stark and truthful memories will return to haunt the Anglo-French relationship. We may still be celebrating the Entente Cordiale then. But I doubt that any shareholders in Eurotunnel will be waving our national flags in the same hand.

Eurotunnel, like an underground Concorde, is a brilliant feat of engineering. It really is a pleasure to travel Eurostar to Paris and Brussels. But, again like Concorde, it was never going to justify itself financially. That remark is bound to have the wisdom of hindsight. Every smart-alec in town is probably saying the same thing. What they’re not saying is how an agreement between Eurotunnel, its contractors and the banks, some 14 years on, has delivered this poisoned legacy.

That’s because most people don’t remember it. I do. And I’m happy to recall it, because it provides us with a cautionary tale about how not to execute grand joint-venture engineering schemes. The central figure in this tale is the visionary South African expatriate, Sir Alastair Morton (then unknighted), who was the British co-chairman of the project.

Morton has been touring radio stations recently as the wise old owl who got the project off the ground – or into the ground – in the first place. This is entirely fair. But it misses out two key points about Morton. Whether he wanted to be or not, he was the perfect battlefield general for Thatcher – the tunnel project, once she had accepted it was a good idea, was to be driven through at all costs. All private sector costs, at any rate. Morton was determined to achieve that – if not a man obsessed, he was a man on a do-or-die mission.

Secondly, the consequence of this determination was a fantastically abrasive style of management. He was spectacularly intolerant of the ten-contractor engineering combine that built the tunnel under the name Transmanche Link (TML). This led to a circumstance in early 1990 when there was a stand-off the likes of which had never been witnessed in military engagements between us and the French.

TML, whose costs were running hugely over budget, won a lawsuit in Paris for a £62m instalment of outstanding fees to be paid for work completed. Eurotunnel faced a Catch-22 conundrum. It couldn’t pay the bill unless it drew down on a £5bn loan facility from its 208-strong banking consortium.

During the brutal negotiations that followed, Morton was downgraded to deputy chairman and chief executive, but he still had responsibility for dealing with TML, whose senior management he alienated. TML attempted a coup to overthrow Morton, but failed. A combination of brinkmanship and grit from Morton effectively called both TML’s and the banks’ bluffs and a deal was delivered in the high summer of 1990.

The seeds of the bitter harvest that the banks are reaping today had been sown. How different it could have been – and these are the morals of the cautionary tale. The state should have supported Eurotunnel, using the North Sea oil revenues that were instead frittered away by Thatcher on income tax cuts.

Secondly, the banks should have wrested direct control of the project in 1990. Instead, they allowed themselves to be intimidated by the fearsome Morton. He is long gone. But the banks have now to do what they should have done 14 years ago. Plus ÃÂ§a change…