Guinness wants to grab consumers’ attention “in the right way” as it kicks off its headline sponsorship of the Six Nations Championship with marketing activity that focuses both on its ‘Made of More’ brand positioning and its work to encourage people to drink responsibly.

The Diageo-owned beer brand has been the official beer partner for the tournament since 2011 and has a “long-standing history of supporting rugby”, according to Diageo’s head of European beer business Jeremy Kanter.

Speaking to Marketing Week ahead of the tournament, which starts tonight (1 February) with the game between France and Wales, Kanter says it made “complete sense when the opportunity arose to become the title sponsor of such a fantastic and prestigious rugby tournament”.

“[When considering a partner] we look at the type of audience they’re looking to attract and we look at shared values,” he says.

“We believe in the power of sport and think rugby is a wonderful way to connect with people. The Six Nations is a great fit because there’s a shared value in rugby’s honour code of integrity, authenticity, inclusivity and strength, which are all values of the Guinness brand.”

As part of the sponsorship, Guinness has revealed two, vastly different, campaigns. The first, titled ‘Guinness Clear’, is a tongue-in-cheek advert designed to promote responsible drinking. The spot encourages rugby fans to trade a pint of beer for a pint of water – but not just any water, this is Guinness H2O. It’s accompanied by the tagline “make it a night to remember”.

The Six Nations is a great fit because there’s a shared value in rugby’s honour code of integrity, authenticity, inclusivity and strength, which are all values of the Guinness brand.

“We wanted to make something that got people’s attention in the right way and engage them while delivering a really important message,” Kanter says.

“We are passionate about promoting responsible drinking and one of the simple ways to do that is to have a pint of Guinness followed by a pint of water. Guinness has a reputation of being a really high-quality beer and we want to demonstrate that drinking water is a great compliment.”

The TV execution will be supported by digital and social activity as well as activations at the games. This will be seen most obviously in the Guinness-branded water fountains that have been set up inside stadiums for the tournament.

Telling the story of The Purse

The second ad spot, titled ‘The Purse’, tells the real-life story of two brothers, David and Gareth Rees, and their late-mother, Olive, who left them her inheritance under one condition – they use it to follow the Welsh rugby side.

David and Gareth, who star in the film themselves, can be seen following the Welsh team across Europe while making some friends – who support the opposition – along the way. The brothers also use Olive’s Welsh dragon purse as a kitty for match days.

“One of the best things about the Guinness Six Nations is the fact you can be hugely passionate about getting behind your nation’s team during the game but before and after you can engage with great banter and fun with fans of other nations as well. This is something special,” Kanter explains.

“[The Purse] is just such a fantastic true story and it is a delight to be able to tell it.”

The Purse also aligns well with the brand’s wider Made of More positioning, which concentrates on human character.

“Made of More is all about two people’s character coming to the fore. The Purse [fits into this because it] highlights the character of the mother, the sons and rugby on and off the pitch, which is a great indicator of what the values of Made of More signify.”

The campaigns will appear across TV, digital and social channels. It will also be supported by a number of ambassadors for the game, while fans will have the ability to share their stories across Guinness’ social networks in order to “enrich the experience”, according to Kanter.

“Across all channels of communications, you’re going to see more stories around this combination of passion and rivalry and of course humanity and friendship,” he says.

“We’ve always done a lot around fan experience and that’s only going to become even richer.”

The campaigns are designed to reach as wide an audience as possible due to the Six Nations’ broad following. And when it comes to measuring the success of the partnership, Guinness will be looking further than just improving fan experience at the tournament.

“We’ll be looking at whether we can help grow the sport, including the women’s game in terms of participation and viewership, which is really important to us. We are very much focused on inclusivity and we hope that comes across in our activations,” he explains. 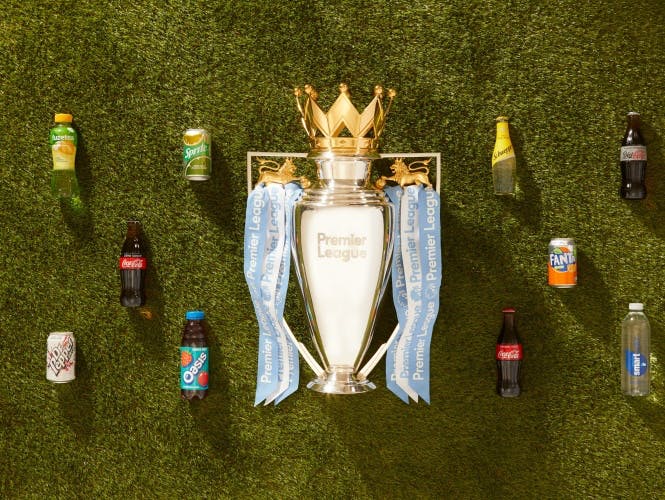 UK boss of Coca-Cola says the deal with Premier League is part of the brand’s global total drink strategy and will allow the company’s less well-known brands to “be part of a regular conversation”.