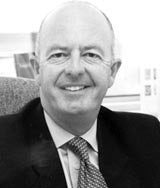 The airline has reorganised its senior management structure to create the marketing position, with the aim of bringing more focus to the department.

Tuckwell will now oversee the airline’s £3.5m marketing budget. He will report to Adel Ali, the newly appointed vice-president for commercial and customer services.

Gulf Air appointed Communications in Business (CiB) as the creative agency for its through-the-line advertising and public relations account in the UK, Germany, France and Italy in March. MEMAC Ogilvy handles the Middle East regions for the airline.

AMS International, part of the AMS Media Group, was given responsibility for media planning and buying.

Tuckwell began his career as a management trainee at British Airways, where he worked for 18 years.

His last role with BA was as advertising manager, worldwide, where he helped launch Club World in the late Eighties.

Tuckwell left BA in 1998 to run advertising agency Bryan Constantinidi &amp; Brightwell, which was subsequently bought out by Osprey Communications. In 1993, Tuckwell led a management buyout and became chief executive of the agency.