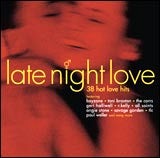 Radio company GWR Group is to roll out a series of compilation CDs based on its programming strands in a joint venture with record companies BMG and Universal Music Group.

The first launch, a double CD album “Late night love”, will be released on July 17. It is based on the late night sex and relationships show hosted by Graham Torrington, which is aired on 25 of GWR’s FM stations across the UK.

The album targets 15- to 34-year-olds who tune in to the Torrington programme. It features 38 tracks by artists including Westlife, The Corrs, Marvin Gaye and Gabrielle. It will retail at about &£15.99.

The album will also be promoted on GWR’s FM stations and The Mix, a national digital channel on Sky’s digital platform.

Programming such as The Retro Countdown show and output from stations including Classic Gold and the new digital station Core may be considered for CD development.

The CD deal was put together by GWR’s Enterprises division, which was set up to maximise opportunities for extending the GWR-owned Classic FM brand.