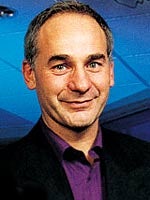 GWR Group is to offer targeted advertising on its live streamed radio output over the Internet. It is the first UK company to do so.

Ecast Ventures, GWR’s new-media arm, is introducing technology from US company Hiwire which allows the insertion of ads in audio streaming. The deal marks the first time Hiwire technology has been used in the UK.

Listeners tuned into stations through the Internet can be targeted according to their age, sex and location. They will be asked for these three pieces of information the first time they log on to the stations’ websites, which include Classic FM and Classic Gold.

The potential exists for more detailed questions to be asked in order to target ads to listeners more specifically. The system could also be used for targeting consumers who live in Europe, the US and Australia, where GWR brands on the Internet have a substantial audience, according to a GWR spokeswoman.

GWR commercial director and chief executive of ecast ventures Simon Ward says: “By offering advertisers the opportunity to reach every listener with specific ads, we can take their advertising into a new and far more economic dimension.”

Streamed audio advertising will be sold by GWR’s sales point Opus and 24/7 media, which sells banner advertising on the radio websites.

GWR is also increasing the capacity of its Internet server to allow an unlimited number of people to listen to its stations simultaneously through the Internet.

The National Magazine Company is to enter the teen market with the launch of Cosmo Girl in the UK. It will be backed by a marketing campaign understood to be worth up to £4m. Tequila Payne Stracey has been appointed to handle advertising. Media will be bought through Initiative Media. It follows the disclosure that […]

Privately-owned businesses are increasingly acquiring field marketing companies in their quest for one-stop shops. What are the prospects for independent field marketing agencies?

David Benady is a man on a mission when he comments about the lack of interesting personalities in direct marketing (MW September 14). Is being “larger than life” a nomenclature one would want to append to our industry? Oliver Reed, God bless his soul, was larger than life but – call me old fashioned – […]