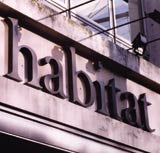 Habitat, the furniture retailer, has handed Midlands-based agency WAA a contract to overhaul its iconic catalogue. It is understood to be worth over &£1m.

WAA becomes the first UK agency to take on the task of designing and printing the catalogue in more than a decade. The work has been mainly carried out in France in recent years.

The agency won the autumn/winter 2006 task following a six-way pitch.

The Habitat Catalogue was originally launched as a style bible by design guru Terence Conran in 1966. It has a print run of more than 1 million copies and will be published in 12 different versions, across 14 countries.

Habitat Group publications manager James Dinnie says that the group decided it was time to take a “fresh approach” to the catalogue.

WAA managing director Jacqui Lennon says: “The Habitat Catalogue’s lifestyle approach to home interiors has provided inspiration for decades. We can help take the company’s most famous product into the 21st century.”

Last year, Habitat appointed RPM3 to create an advertising campaign promoting the spring/summer 2005 collection (MW February 3, 2005). The agency was hired on a project basis, rather than as an agency of record.