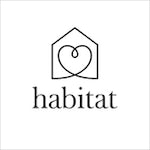 The move follows the appointment of agency The7stars to handle its online and offline media accounts.

Activity will also include highlighting its hero products through heavyweight press and outdoor advertising.

The glossy customer magazine, which will be called Love Your Home, will be available in-store from September and distributed with The Sunday

Times on 12 September. If the initiative is a success, it may become a quarterly customer title.

Last year Habitat launched the This Is My Habitat campaign fronted by Helena Christiansen.

The campaign aimed to push the retailer’s “consumer centred brand philosophy” and was part of chief executive Mark Saunders’ three-year turnaround plan for the retailer following its sale.

Habitat is also launching a campaign to drive consumers into stores over the upcoming bank holiday weekend.