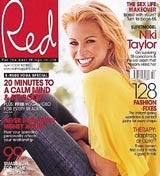 Hachette Filipacchi UK (HF) is understood to be looking for an advertising agency for its Red magazine, in order to bolster the title’s growth in the crowded women’s market. The move follows the dissolution last year of HF’s joint venture with EMAP, which led to EMAP losing control of Red and Elle.

The decision to appoint an agency for Red coincides with the announcement that HF is looking for a marketing director, to report directly to chairman Kevin Hand.

According to the July to December 2002 Audit Bureau of Circulation figures, Red’s circulation rose by 4.7 per cent period on period and 10.5 per cent year on year, giving a monthly circulation of 192,005.

A HF spokeswoman refuses to confirm that HF is looking for an ad agency for Red.