The firm wants Iron Press to increase the choice available to men who want to enjoy a drink with friends in the pub or at home but do not want to drink alcohol.

Richard Clark, head of innovation at Halewood, says the drink, which looks like beer, is aimed at men “who do not want to walk back from the bar with a cola”.

Halewood believes that Iron Press represents a “major growth opportunity” because of increased awareness of responsible drinking and the imminent reduction in the drink drive limit.

Clark says he wants to “own the area”, adding he thinks the launch will “open up the market”.

According to Halewood, the growing soft drinks market is worth £8.2bn annually with the off-trade valued at £2bn.

The launch of the drink, which comes in lime and apple flavours, will be supported by an October television campaign that will draw from alcoholic drink advertisements from the 1970s and 80s.

As thousands queue around the world to get their hands on the latest technological revolution – the iPhone 4 – Marketing Week magazine is proud to unveil its own digital revolution, in the form of a new bi-monthly section of the magazine called Digital Strategy. 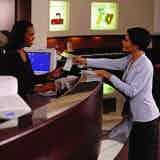 Affiliate’s appeal lies in the fact that advertisers pay only for sales. But the system is vulnerable to ’cannibalisation’, so some marketers are looking for a fairer model.