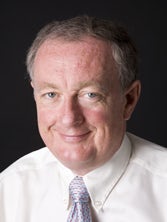 Halfords has appointed David Wild, senior vice president of new business development at Wal-Mart, as chief executive. The role has been vacant since February this year.

Wild, who joins on August 4, replaces Ian McLeod, who left the car-part and bicycle retailer three months ago to join Australian supermarket chain Coles. Wild joins as Halford looks to further expand in Europe and is adding stores to its Czech operation and is set to open its first Polish outlet this autumn.

He is a former president and management director of Wal-Mart Germany and prior to that, spent 18 years at Tesco, where he focused on the company’s European expansion.

Halfords, which has 450 stores in the UK, says it may also open stores in Slovakia and Hungary.