Jill McDonald, the newly appointed boss of cycling and motoring retailer Halfords, is a rare breed having successfully made the transition from CMO to CEO. It is a move made all the more impressive considering she is just one of 11 female leaders in the FTSE 250.

However, moving into general management was not always her goal. “I didn’t set out to become a CEO; I wanted to be a CMO,” she says. It was her former boss at McDonald’s Steve Easterbrook, now global CEO of the fast food chain, who gave her the confidence to make the change as he “believed in my capability to go beyond that”.

Had McDonald realised her ambition to become a CEO sooner she would have made some different choices, she explained to Martin Glenn, CEO of the Football Association in a conversation before an audience at a Marketing Society event earlier this month.

In order to develop the necessary skills to move into general management she says marketers have to make an effort to gain experience outside of the core marketing function. Indeed, she advises anyone looking to make the transition from CMO to CEO to take control and be clear about where they want to head.

“You own your future. Build your experience, put your neck out [and] put yourself forward for projects outside your remit,” she says, which in addition to expanding marketers’ knowledge of the wider business, will also give them exposure to different people in the organisation.

While at British Airways, for example, McDonald says she technically took a step down when accepting a role overseas because she knew it would be beneficial to have international experience further down the line. However, she believes it is far easier to make the transition in businesses where marketing is represented at board level.

“[You need to understand] which organisations value marketers and put them at the top table,” she says. “McDonald’s values marketing very highly and therefore I was a key player on the board with a number of other colleagues. In other places, like British Airways, commercial was at the top table but marketing wasn’t, so that would make it even harder to get there.”

McDonald took up her position at Halfords in May just as the business achieved a goal of surpassing £1bn in annual sales. In order to get a true understanding of the business and connect with people early on, she took part in an induction programme over several weeks and worked in-store so she could experience the business from the perspective of employees and customers.

She advises: “Always take yourself back to the raw principals of being in business – how are you making money, what do your customers think about you, what is the analysis saying about the business?”

Marketing, perhaps unsurprisingly, has been a core focus in her first few months at Halfords, particularly as she felt it was not as high on the agenda as it should be. “I am used to marketing being much more integral to a business,” she says. As part of the turnaround she will focus more on issues such as customer insight.

Despite operating in a new sector, McDonald says the move to Halfords was not as daunting as her promotion to CEO at McDonald’s UK. “That first step was the scarier one,” she confesses.

McDonald spent nine years at the restaurant chain and is credited with helping to turn around the public’s perception of the UK business by investing in the menu and customer insight.

After five years as UK CEO and then president of the North West Europe division, and having turned down the opportunity to become chief brand officer in the US when Easterbrook vacated the position for the CEO’s seat, McDonald decided she was ready for a new challenge. “I really wanted to be a FTSE-listed CEO,” she says, describing it as “the ultimate test”. Coincidentally she got the call from Halfords three days later.

As one of just 11 female bosses at FTSE 250 companies, McDonald does not feel she has personally been discriminated against for being a woman but believes more must be done to change attitudes generally. She argues there is an unconscious bias when hiring, particularly for women in their early thirties who might be thinking about starting a family, “because that is exactly the time when people’s careers begin to take off”.

“There is responsibility on behalf of the employer to be as flexible as possible when a woman decides to take a career break to go on maternity leave,” she says. McDonald urges companies to think about how they can make it easier for women to return to work.

At the same time she says it is the individual’s responsibility to decide what they want in life and what trade-offs they are willing to make.

McDonald has two children. She had her first child while working at British Airways and was able to work a four-day week after returning from maternity leave. She had only been back for one month before telling her boss she was pregnant again. McDonald says “the point was my employer let me work flexibly for a while [which was] important at that stage in my career”.

She adds that she has also been fortunate that her husband is able to stay at home, having sold his business.

Despite her own experiences, she also believes more needs to be done to boost women’s confidence as self-promotion does not come as naturally to them and they are more risk averse than men.

Ironically, the only time she has ever felt penalised for being a woman happened just after she was made UK CEO at McDonald’s. She was attending a networking event in the city and was wearing a black skirt and a white shirt. “I went into a room of middle-aged, grey-haired men and went up to a group. I put my hand out to introduce myself and the guy next to me asked me for a glass of white wine,” she says.

To really change perceptions she believes you have to start at a grass-roots level, which McDonald is addressing at Halfords as the gender split in stores is heavily weighted towards men. To help remedy that, every store manager is going through a one-day diversity training course to illustrate the benefits of having a more gender-equal workforce.

Although McDonald has not had an official mentor during her career, she does have a network of previous bosses and other people she has met during her career to whom she can turn for advice. “That has become more important, particularly when I was making the transition [from CMO to CEO] as it was a safe place to go,” she explains.

Offering one final tip that she believes is as relevant today as it was when she was 25, she simply says: “If you don’t understand, ask.” 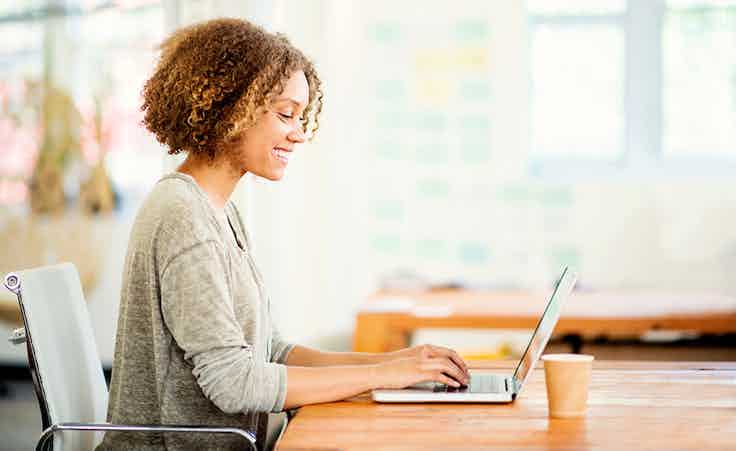 According to Grant Thornton’s 2015 Women in Business Report, 28% of women see parenthood as a barrier to progressing at work and 40% feel their career takes a back seat to their partners once they do finally return.