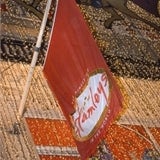 Hartley is understood to have recently joined the company as an independent consultant to help with its marketing strategy. It is not clear whether the position will be made permanent.

The marketing director role has been vacant since Adrian Woolford left in March 2004. Woolford was part of a management buy-out of the chain, which was backed by Icelandic retail investment group Baugur, but he left after the new owners split the head office teams and axed his role.

Hamleys is currently examining its brand to assess how to extend its reach beyond its flagship store in London. It has appointed Digby &amp; Co to handle its marketing communications business (MW last week).

One of the agency’s first tasks is to create marketing materials to back the store’s major summer promotion “Pirates at Hamleys”, including press ads and in-store work. Digby &amp; Co is also set to develop Halloween and Christmas campaigns for the retailer.