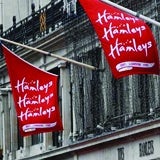 Are girls hardwired to love Barbies, while boys would rather get their hands on Hot Wheels? Hamleys is gambling on gender-specific toy retailing being a thing of the past, reorganising its flagship store away from the traditional blue-and-pink approach.

Until now, Hamleys has had separate colour-themed floors for boys and girls. In the girls’ section, you were directed towards cooking sets, while the boys’ areas housed the construction sets.

But no more. Hamleys has now decided that to improve “customer flow”, it will simply state the type of toys available on each floor, rather than suggesting which gender should play with them.

To me, this is an entirely logical step for the following reasons:

First, gender preferences are now being questioned by scientists. Does your sex really predispose you to like everything from a type of toy to a certain colour? It seems far more likely that it is cultural norms that are to blame.

To quote Ben Goldacre from The Guardian: “Back in the days when ladies had a home journal (in 1918) the Ladies’ Home Journal wrote: “There has been a great diversity of opinion on the subject, but the generally accepted rule is pink for the boy and blue for the girl.

“The reason is that pink being a more decided and stronger colour is more suitable for the boy, while blue, which is more delicate and dainty, is prettier for the girl.”” So, back in the day, we all thought pink was manly.

A study by Professor Melissa Hines at Cambridge University also casts doubt on how much of our gender preferences are in-built from birth. One study shows that if you ask children under two, they show no preference.

Which leads me to my second point. If there are no real gender differences biologically (although let’s face it, scientists are still arguing about this) then why divide your potential retail market in half? If I am a toy car manufacturer, I would rather try and get a percentage of 100% of children to buy me, than the male 50% of the population.

Of course, some marketing works better when you exclude consumers, rather than include them. Some boys will buy robots simply because they hopefully exclude their annoying younger sister. Some girls will buy Barbies to practice hairstyling because their brothers won’t let them crimp their barnets. But this mindset should come as a result of careful targeting analysis, not lazy gender biases.

Naturally, there is a personal dimension to my argument here. I genuinely believe that in this day and age, women and men live similar lives in many Western countries. Women are likely to have careers, just like men. Which means men will also be caregivers for children and doing housework.

So the type of toys that are heavily promoted to only one gender seem to me to be entirely behind the times. My son loves his cars and trains. But he also loves a pink plush toy and pushing a very small pushchair – something he has seen his father do just as frequently as his mother.

In searching for his ideal gift this Christmas – a child-size vacuum cleaner – I found that almost all of them were pink and modelled by girls. In the end, I got him a minature Dyson, but was annoyed to see that yet again, the packet showed a small girl hard at work vacuuming.

So bravo to Hamleys for challenging the status quo. My hatred of unnecessary gender-specific marketing (see my former blogs here and here) is looking like it will be just as strong in 2012 as 2011. It’s pleasing to see that some brands are ready for a new approach. 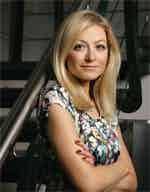