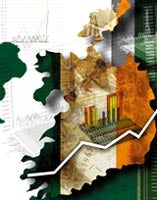 While the UK advertising industry labours under what some would argue are the worst conditions for years, its Irish counterpart still enjoys a reputation for buoyancy. Last year was considered a boom time for print media in particular, although it is difficult to imagine that frantic pace being maintained through 2001.

Of course, the whole thing has to be kept in perspective. The population of the Republic is just 3.6 million (the island as a whole is home to about 5 million people), against the UK’s 58 million. Moreover, just as the newspaper sector is dominated by Irish versions of UK titles, so the magazine market consists largely of titles, and content, familiar to UK readers.

That at least is the commonly held view. In fact, says the Institute of Advertising Practitioners in Ireland (IAPI) chief executive Steve Shanahan, this is more myth than reality.

Shanahan admits: “It’s certainly true that we’re victims of overspill, but actually very few UK magazine titles have any real penetration in Ireland. Hello! has fabulous sales here, but that is the exception. Most UK titles sell fewer than 5,000 copies.”

Magazines published in Ireland have a particularly difficult balancing act to perform. To stay afloat they often have to charge relatively high rates to make up for the smaller readership numbers. At the same time, the minimum circulation needed to survive is far harder to achieve in this much smaller market than it would be in the UK.

The non-Irish content of magazines from UK publishers means there is a reliable market for home-produced titles, however. But the Periodical Publishers’ Association of Ireland (PPAI), representing 32 publishers and 148 magazines, is dwarfed by its sister organisation in London. Magazines soak up only about three per cent of total advertising revenue in Ireland, with newspapers and TV securing the lion’s share.

But even in a market of such modest size, there are signs of vigour that buck the dismal trend of UK media spending. Impressive growth rates have been reported in recent years for print media, reflecting the health of the wider economy: gross domestic product (GDP) rose by nine per cent a year in the late Nineties. Now, says the PPAI, the industry is seeing new titles and relaunches.

As chairman of the PPAI and chief executive of the largest magazine publisher in Ireland – Smurfit Communications – Nora Casey has a clear picture of what is happening in her home market. Having moved over from the group’s UK operation only months ago, she also has a firm grasp of the business east of the Irish Sea.

It is true, says Casey, that some of the hi-tech industries Ireland attracted during the Nineties have been hit by the crisis in the dot-com sector, and to a degree this has had a knock-on effect elsewhere, including in advertising. “Things such as lay-offs and unemployment, which Ireland had forgotten over the past five years, have started to happen,” she says. “But at the same time, I don’t think there are going to be any great dives in our sector. We are still predicting growth, although it will be slower than originally thought.”

The PPAI has extended the “Magazines Mean Business” campaign – originally run in the UK – into Ireland.

Casey argues: “When you’re talking about niche titles in particular, magazines are a much better medium for advertisers than are newspapers. My impression is that this market is dormant. For too long it’s simply accepted the crumbs left by the other media.”

As part of this campaign, the PPAI is emphasising the value of independent circulation auditing. This could be ABC auditing, says Casey, but together with IAPI the association is also looking at the option of setting up an alternative auditing tool, possibly spanning both newspapers and magazines, which would be “more appropriate for the Irish market”.

Smurfit reports that the success of 2000 has continued in 2001. Casey says her company has not experienced any downturn in advertising sales and cover sales are up. Women’s Way, a weekly title, and Irish Tatler (much to the chagrin of its UK namesake) have both been relaunched.

Your face is your fortune

One of the big growth areas in Ireland, as elsewhere, is celebrity magazines. This is a sector where Irish publishers are taking on their UK competitors. Realising that a publication slanted towards the Irish market will sell better than one that is not, Hello! has begun to produce a separate Irish cover. Sales are said to have risen as a result.

The Hoson Company has launched its own celebrity fortnightly, Who?. The title has positioned itself as “Ireland’s celebrity magazine”, with a frequency which allows a “newsy” quality to be maintained. Mike Hogan, who owns Hoson, says he would like to see the title selling 45,000 copies an issue, compared with Hello!’s 35,000 and OK’s 27,000 in Ireland. Others put likely sales of the new title at nearer 15,000.

Hogan believes the advertising market is still healthy, but only where spend can be justified. “My view is that you get the spend, but magazines have to deliver the audience that is appropriate to the brand,” he says. “The general catch-all ad doesn’t work any more.”

At the same time, Irish publications have to be as broad as possible in their appeal, and Who? is no exception. “The Irish market is so small that you’ve got to be able to deliver ABCD and even E readers in a single product,” says Hogan.

Although in Ireland, magazines appear to be riding on the wave of success, which reached a peak last year, publishers have built the possibility of a downturn into their equations.

Another recent launch has come from RTE Commercial Enterprises, publishers of Ireland’s most popular title, the TV listings magazine RTE Guide. This boasts a circulation of about 160,000. But RTE’s new Irish sports magazine, Breaking Ball, aims to achieve a circulation closer to 25,000.

Like others in the sector, RTE general manager Muirne Laffan thinks that other media are suffering more than print. “The TV market is very tight, but I haven’t seen evidence for that in print yet,” she says. “We are certainly not in recession now, even though there’s the smell of it in the air.”

IAPI’s Shanahan voices the general consensus that those media which have depended more on sales to the hi-tech sector, rather than packaged goods and fashion, have been hit hardest so far. “I would say that no downturn at all is predicted for magazines,” he says. “Last year they didn’t benefit from dot-com advertising, so when it disappeared they didn’t miss it. On the other hand, TV and outdoor have both suffered.”

In general terms, though, IAPI prefers a psychological, rather than economic, explanation for any slowdown. “The impression is that we’re surviving it better than you guys in the UK are,” Shanahan explains. “But that could be because you seem to be talking yourselves into a recession, as happened in the Nineties.”

Recruitment advertising, especially to the IT industry, is the one area of print that has been hit, says Shanahan, although this has affected newspapers more than magazines.

The Irish Times is certainly aware that some advertisers are tightening their belts, especially in recruitment. “People are starting to say that maybe the growth this year will not be what everyone had come to expect from previous years,” says display advertising manager Pat Kennedy. “Recruitment is not doing as well as in the past, and people are asking whether this is a barometer for what is going to happen elsewhere.” Property, he says, is another advertising market that is being watched very closely.

Last October, The Irish Times launched a glossy Saturday supplement. The initially huge advertising response that this prompted has flattened out, says Kennedy, but the supplement is still attracting display sales for everything from prestige department stores to computers, food and wine. Like Hoson, the Saturday magazine has deliberately courted a broad demographic spread in its readership.

Print media seems increasingly to be enjoying a symbiotic relationship with TV in Ireland. Kennedy notes that traditional TV advertisers such as Whirlpool are starting to advertise in The Irish Times’ Saturday magazine, seeing the benefits of appearing in an Irish-specific glossy format.

At the PPAI, Casey believes that pressure on media spending in general may actually benefit the magazine sector at the expense of others. “We will probably pick up spend from radio and TV,” she predicts. “These sectors will suffer as people try to cut back on budgets.”

If print in Ireland is going to hold its own against more muscular media, then this is likely to depend on its winning readers from UK titles and advertising from its more expensive competitors. Armed with improved research, auditing and marketing, it may well find itself as the unlikely winner in this next bout of Survivor.

Nestlé, the Swiss food supplier of branded goods, looks set to make a major foray into the own-label market in Europe.

Virgin.net is to run a CD giveaway promotion with The Mirror and Sunday Mirror.

The Institute of Practitioners in Advertising is widely – and rightly – regarded as a model trade body both within and without the marketing community. So it is of interest to read the manifesto of Hamish Pringle, its new director-general. His is a slightly paranoid vision of the world, one where advertising is beset by […]