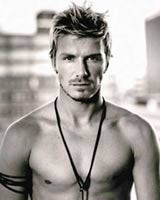 Nelson Bennett, who is marketing manager at book retailer Waterstone’s, will join HarperCollins at the beginning of November.

Her role will be to develop marketing strategy for the publisher’s roster of non-fiction titles, including biographical works from authors such as David Beckham, Tony Parsons, Billy Connolly and Frank McCourt, who won the Pulitzer Prize for Angela’s Ashes in 1997.

Nelson Bennett will also be responsible for liaising with book retailers and the publisher’s media agency. HarperCollins, which is a division of media conglomerate News Corporation, appointed Total Media to its &£1.4m account last year (MW February 7, 2002). Previously it was with Mediaedge:CIA.

The publisher has an in-house team for additional creative advertising work. Advertising will break next month to support David Beckham’s autobiography during the Christmas period.

Nelson Bennett replaces Venetia Butterfield, who has been promoted to Harper perennial publisher. Her role will include marketing HarperCollins’ paperback portfolio.

Butterfield says: “My role will be looking at how to reinvent the marketing strategy for the paperback launch of books. It is a different market from hardback publications.”