Every four years, squads of highly paid professionals gather together to unite the world, hammer their opposition and prove to everyone that their team is number one. These teams are marketing departments, and their tournament will have kicked off many years before players arrive in Qatar for the 2022 FIFA Men’s World Cup in early November.

The World Cup is sports marketing’s Valhalla – a broadcast utopia of passionate global viewers, high stakes, even bigger media spends and lofty brand aspirations. Like the ball-chasing megastars on the field, history is littered with the corpses of the brands that didn’t get their World Cup right, lying prostrate at the feet of the gods – or worse, they missed it entirely.

Except, this year, the tables have turned. Qatar was not a popular choice to host the event, and the list of reasons why gets longer by the day.

First, it’s scorchio over there. Qatar is a peninsula country in the Middle East made up of arid desert and a long Persian Gulf beach.

It’s so hot in summer (average temperatures plateau around 41 degrees in August) that the entire tournament had to be shifted to winter. Even so, stadiums still had to have aircon units integrated into their foundations so they could blow cool air towards players on the pitch.

Second, building these stadia came with more than just an environmental cost – The Guardian estimated in 2021 that more than 6,500 migrant workers from India, Pakistan, Nepal, Bangladesh and Sri Lanka had died up to then during the construction process. That’s an average of 12 per week since FIFA announced Qatar as 2022 hosts back in 2010.

Third, Qatar isn’t exactly a football powerhouse. Its population is around 3 million people, putting it on a par with Birmingham, and at the last Arab Cup its national team comprised players born in 10 different countries.

And, finally, Qatar isn’t the most welcoming domain in which to hold a global celebration of sporting togetherness. Homosexuality is illegal in Qatar under sharia law, with a punishment of up to seven years in prison, a fine or the possibility of the death penalty for gay Muslims. Equally, the Qatari government doesn’t recognise same-sex marriage or civil partnerships, nor does it allow Qataris to campaign for LGBT rights.

This positioning is hardly in keeping with FIFA’s own brand guidelines. In fact, it clatters over them like Erling Haaland playing a village footy team. For those not au fait with FIFA’s values, it’s worth listing them below to underline FIFA’s rank hypocrisy (alongside my subjective Qatar parity score) – for dark comedy value, if nothing else.

Definition: operating in such a way that it is easy for others to see what actions are performed.

Qatar score: 1/5. Who knows how Qatar was awarded the tournament in the first place? Perhaps Jack Warner, former FIFA rep of Trinidad and Tobago, could shed some light? He’s currently fighting extradition on corruption charges.

Definition: The acknowledgment and assumption of responsibility for actions.

Definition: The honesty and truthfulness or accuracy of one’s actions. Integrity can stand in opposition to hypocrisy.

Definition: A unity of purpose or togetherness.

Definition: The choice and willingness to confront agony, pain, danger, uncertainty or intimidation.

Definition: As found in the study and application of the law.

Definition: The rule of the majority.

Qatar score: 5/5. It got a majority of FIFA votes in order to win the 2022 World Cup hosting rights. Somehow…

The way things have been going in UK politics, everyone will be foreign secretary at some point in their lives, but currently it is the turn of James Cleverly, who immediately took off his shoe and attempted to ingest his own foot. After an interview with LBC in his second day in the job, Cleverly was widely vilified for suggesting gay football fans travelling to Qatar should show “respect” to the host nation.

The BBC football host and former England footballer Gary Lineker responded on Twitter to Cleverly’s political tiptoeing by asking: “Whatever you do, don’t do anything gay. Is that the message?”

All in all, the emirate’s values are so out of kilter with modern Western society they’d appear comedic, if the risks and penalties weren’t so severe. LGBT rights campaigner Peter Tatchell recently said of the tournament: “All fans, not just LGBTs, should boycott the World Cup and use their social media to amplify the shocking human rights abuses by the Qatari state.”

Lucy Powell, the shadow digital, culture, media and sport secretary (for now) called Cleverly’s comments “shockingly tone-deaf”. You could extend that thinking to FIFA and this whole sorry exercise – and sponsors like Coca-Cola, Hyundai/Kia, Visa and Adidas should’ve subbed themselves off the pitch well before kick off.

Sadly, long-term contractual agreements with FIFA likely forbade any such sensible thinking, although ING, the Dutch national team sponsor, has actively steered itself away from ads themed around the tournament, demonstrating that corporate ethics were a feasible option for brands brave enough to take a stance.

Fortunately some European soccer federations are showing the spine that the headline sponsors seem to lack – with eight captains (including England’s Harry Kane) planning to wear rainbow ‘One Love’ armbands during World Cup matches – against the will of the organisers.

“Wearing the armband together on behalf of our teams will send a clear message when the world is watching,” Kane admirably said in a statement.

The 2022 World Cup in Qatar is, like the Saudi-backed LIV Golf tour, a giant sportswashing machine, powered by oil and sanitised by global brands desperate to keep their relevance through football’s global appeal.

If World Cup sponsors do nothing about it, the laundry this year will come out grimy, stinking and grey, with only mere hints of a rainbow in sight.

Harry Lang is the author of ‘Brands, Bandwagons & Bullshit’, a guidebook for young marketers starting their career and those wanting to understand how marketing, advertising, media and PR works. You can find him at @MrHarryLang and connect with him on LinkedIn. 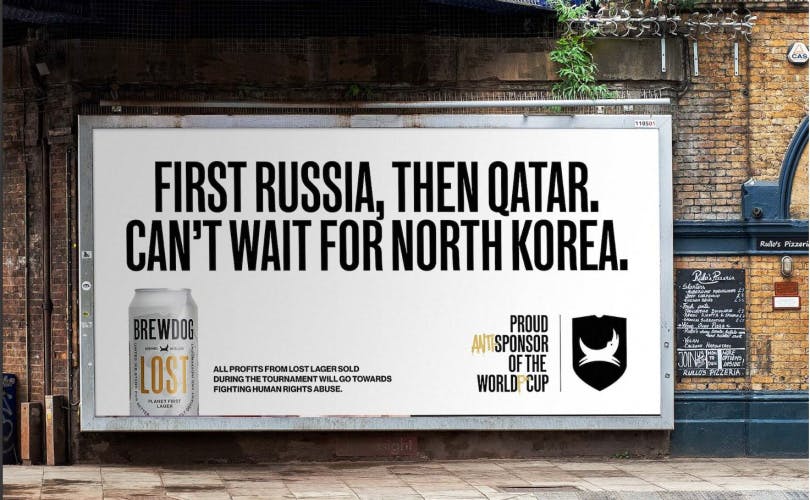 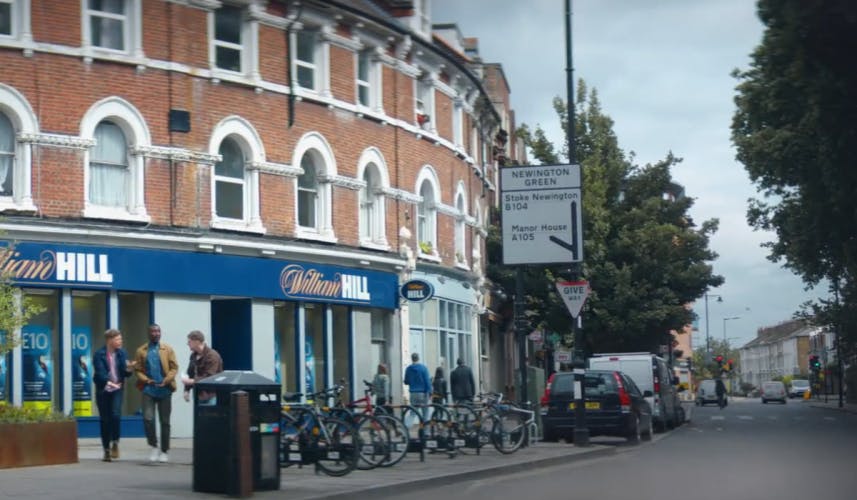 The bookie is looking to build on “strong foundations” with a new campaign focused on ramping up excitement ahead of the World Cup in November. 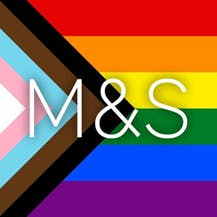 With more brands altering their distinctive assets more frequently, often for the same reason and at the same time, code play is becoming far less effective.